“The House of God” quest has some problems with misleading markers right after you start it.

If player now opens the quest log he will find that “The House of God” quest has two objectives (see images 5 and 6):

.
The ‘C’ marker of “Go to the monastery …” objective looks like a usual in-game geo-marker, but it is missing on the map. Also there are ‘A’ marker and ‘B’ markers on the map, that does not linked to any current objectives of this quest.

Additionaly, before starting “The House of God” quest giver marker on the map points to Sir Divish only, not Rupert (see image 4). 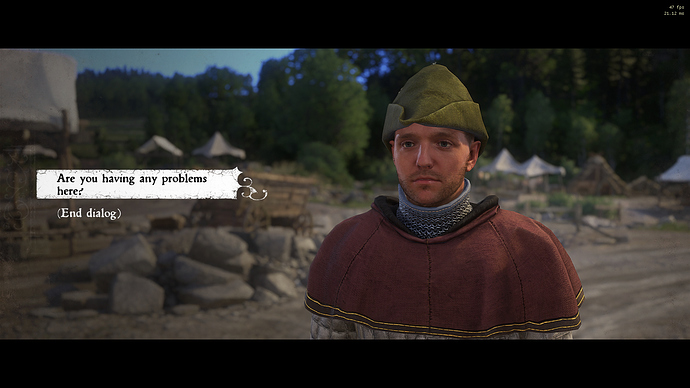 2 - Offering Rupert our help with the monastery 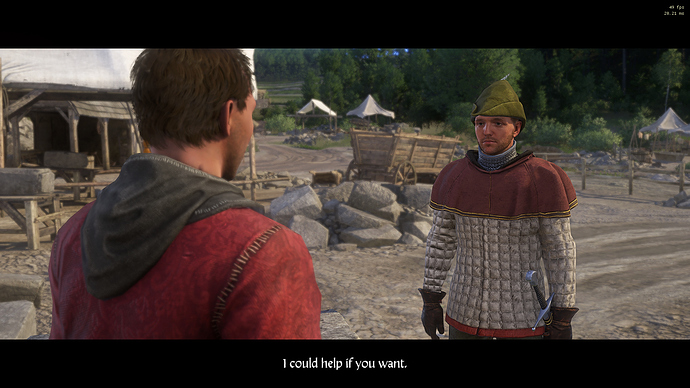 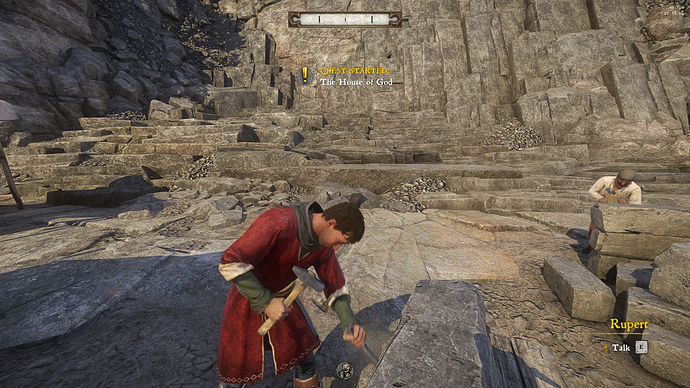 4 - Map before staring the quest: a “quest-giver” marker points only to Sir Divish, Rupert does not have one 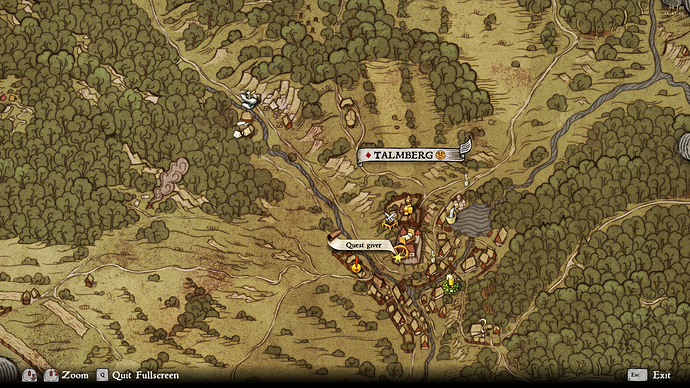 5 - Quest log after strting the quest: ‘D’ marker on the map is correct, but ‘C’ marker is missing on the map 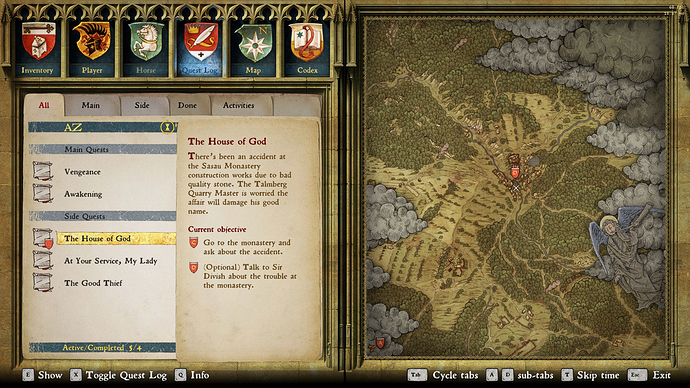 6 - Quest log after strting the quest: ‘A’ and ‘B’ markers on the map are misleading 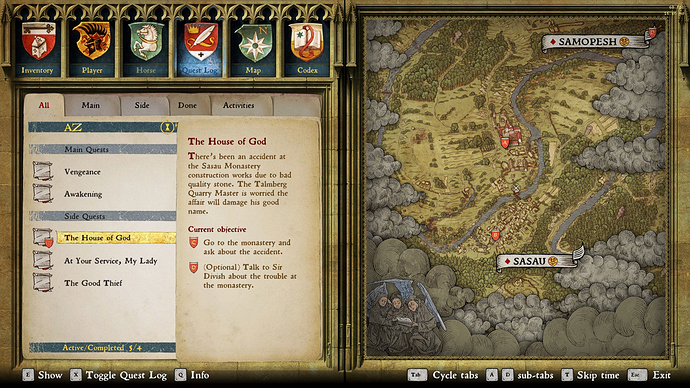 Why this is a bug:

As a player, who maybe had not been to Sasau yet, it is quite confusing where the quest wants you to go in order to get to the monastery, since geo-marker of “Go to the monastery …” objective does not lead to any place on the map.

Also it is confusing for the player, that there are ‘A’ and ‘B’ markers on the map, that lead to NPCs (Brother Porter and Gravedigger, I guess), which player is not supposed to know at current stage this quest. And, as I see so far, those markers persists at the map during the whole quest playthrough.

And at last quest-giver marker that points to Sir Divish only it is a bit misleading too, because, as I see, player is able to go through the entire quest witout talking Sir Divish at all. If talking to Rupert is kinda “hidden” way to enter this quest, then, still, the innkeeper of Talmberg is mentioning both Sir Divish and the quarry master as “quest givers”.

This bug report is very good indeed. However, there is a chance that developers miss it here. You should send it to support@kingdomcomerpg.com together with your screenshots, platform specification, and the save file.

Perhaps sending a link to the thread via an email is acceptable too?

I am not quite sure they just import the contents of incoming emails, considered as proper bug reports, to the bug tracker they use (redmine/bugzilla/youtrack/etc.) in just ‘one click’ and without any manual handlings.

Honestly the thing is it is way easier for me to post (and, maybe, add a few micro-corrections after posting) such bug reports here then send them straight via email.

@WH_janrucker, what would you say about the subject of discussion?

You can sign up to their public bug tracker and submit a proper bug report.