Also of note is that the knight wouldn’t be using a sword the same way, if they used one at all. Bludgeoning weapons would be of more use to a knight against other Knights, especially on horseback. But eliminating horses, and assuming the knight wore a sword, he would likely be looking to use the sword as a lever for grappling, unless he assumed it could pierce the armor of the samurai. Therefore the plated knight could simply bull rush a samurai, disengage the weapon, and use the dagger.

Regarding scabbards, one has to distinguish between the sidearm and the military weapon. Anything larger than can be held on the waist would be carried. If it were strapped to a back it would be taken out long before any engagement. If speed is needed, the sidearm, which is always at the side of any citizen with the right to bear arms, would be drawn. Not a halberd, 2 handed sword, spear, lance, crossbow, Dane axe or any such weapon. Just how in modern times no one would walk around with an ak47, but it’s not uncommon in certain areas to see those permitted or police with pistols.

In Light of the latest E3 Trailer…

Where one clearly sees a Sword, naked, magically clinging to the Side of a Person,

I’d like to ask, if we have any info from Warhorse wether or not they plan on having Scabbards.

Please we do need scabard for sword or axe and I would like to load a second sword on my horse in case the first one break. So having a limited inventory but load some of it on the horse.

I have seen a vid. of a demo at E3, and the Swords still are shiny, bare metal

I would kinda expect such a basic and (imho) easily implemented detail would be taken into account by Warhorse. They even mentioned chosing brown Chicken, because white ones wouldn’t be accurate…

So they did but some thought into realism. I am quite confident it will be implemented at a later date then. I am realy into realism as much as possible.

Me too. Especially such ‘low hanging fruit’. Just cover the Blade with a leather texture when sheathed and you’re done …

Not having scabbard looks simply ridiculous! Please do not forget your own promises:

A first-person, open world, realistic RPG that will take you to the Medieval Europe in a time of upheaval and strife"

So every sword and knife (yes even secodary weaponry were worn in scabbards) should have scabbards if it should be considered realistic.

Moreover please do not forget to add the respective frogs! Scabbards didn’t float magically in mid-air like in 99,99999% of all others games.

My hopes are still there!

Scabbards are an important part for the maintenance of the swords, keeping them from being exposed to the ambient/weather, maybe you’d have to craft your own?
But yes, it would be accurate to have them, in fact here are some examples: 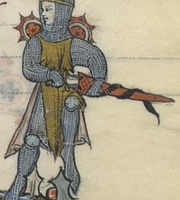 Moreover please do not forget to add the respective frogs! Scabbards didn’t float magically in mid-air like in 99,99999% of all others games.

Considering how much better games are getting at the physics of carried items on the body (see the Tomb Raider reboot) I’d be sorely disappointed if sheathes and scabbards just floated there.

keep in mind tomb raider is a game where a majority of the budget is devoted to “wow” effects like those you mentioned, and simplified quick time “press button to perform execution” type gameplay with minimal ai, minimal level design. it’s basically a linear version of assassins creed.

but yeah, if they can, definitely would like to see physical dangling objects like scabbards. but there is the reality of warhorse doing more at a more complex level, on a fraction of the budget tomb raider devs will get.

I don’t think it’s that much about budget, but when you have hunderts of npcs and everybody has scabbard with physics, it can have big impact on performance.
But i still hope they implement physics for scabbards, hair, clothes and armor. Character would look really nexgen. Or they can at least animate it.

A blade is only as good as the one who leads it!
If you hope to win only by your sword,
then I defeat you all times, regardless of whether with or without a katana.
Haughtiness comes before the event!

Hello all: At the moment we don´t know about that. This is a lot of work to make them in the game, basically a problem about physics and animation. It would be nice of course, but at the moment we are not sure about it.
So: Maybe.
And even if there are not in release of summer 2016, we could add them later with a kind of patch or something. Right now we have other tasks with higher priority to do.

I believe, there is more of a sliding scale of solutions available, rather than either no scabbards, or realtime calculated scabbards with their very own physics.

I think, even just giving the sword blade a leather texture when unequipped looks better than no effort at all. If it ought to be more, just beef up the blade for that situation.

If it ought to be more, just beef up the blade for that situation.

What’s the point of not modeling the scabbard then, if you’re just going to enlarge the blade? That still requires a separate mesh. May as well just model the thing in the first place.

Hello all:
At the moment we don´t know about that. This is a lot of work to make them in the game, basically a problem about physics and animation. It would be nice of course, but at the moment we are not sure about it.[…]
[/quote]

If you are using a full physical system, then you will not need to make stock animations
for the scabbards, as they would be physical items and would be animated by the game-engine. If you are worrying about clipping issue e.g. when characters sit on chairs and benches, well then you will need more collision cylinders around those meshes and need to fine-tune the collision behavior in order to achieve smooth looking animations. Of course this would be most work intensive part.

But on the other hand, you have a system with 4!!! Layers of clothing without big clipping issues. If you have managed to create this, the implementation of scabbards should not be of problem in terms of technical feasibility.

Of course you need to have drawing and sheathing animations or animation when characters equip or unequip their sword belt. Or are you going to let wear your NPC weapons 24/7?

Moreover, besides the fact that scabbards are missing on NPC characters, the main character also does not have a scabbard, there is not even an option, which indicates that a scabbard could be equipped. However it is possible to equip quivers. 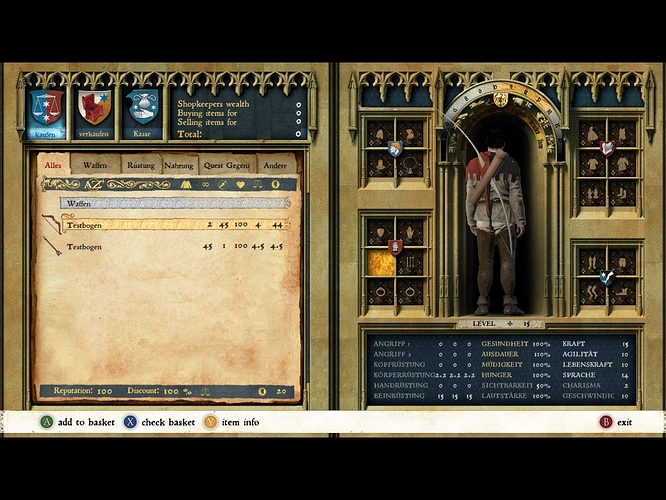 And it is important for the player to be able to have scabbards, because the player can look down on his model and would see the frog and the scabbard! Seeing a bare metal is a huge immersion breaker. 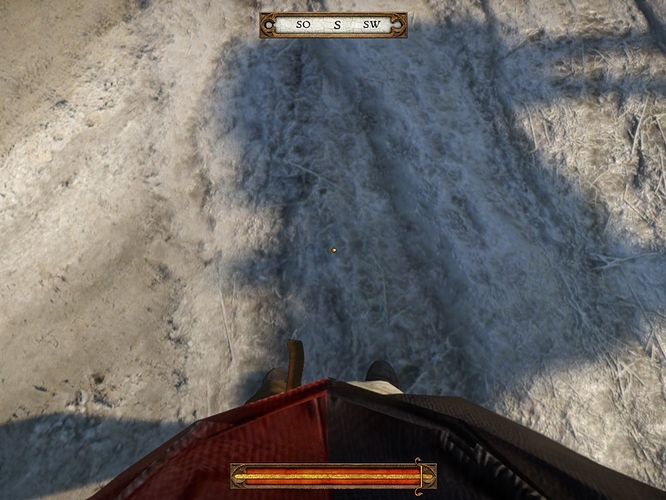 And even if there are not in release of summer 2016, we could add them later with a kind of patch or something. Right now we have other tasks with higher priority to do.

Personally speaking I don’t care if they are not in the summer release BUT ONLY if they will be added later and for all swords/knives. Personally I can wait if they will be implemented good for every NPC and the PC as well, with good sheathin and drawing animation and even the option to unequip and equip the whole sword belt.

You have done an amazing work up so far and I really hope that you will not let us down on this important visual aspect.

Btw. May I inquire your current priority issues?

@LordJoe:
May I inquire the source of your second picture?

@Kakyou
I apologize for the late answer,
Here you go: https://myarmoury.com/talk/viewtopic.php?t=30387

“which came first, the sword or the scabbards?” 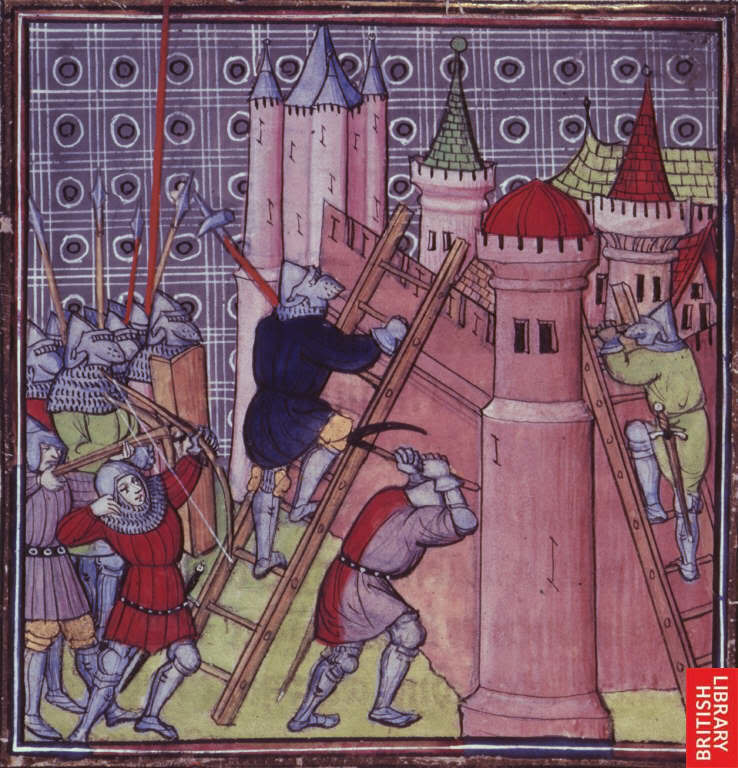 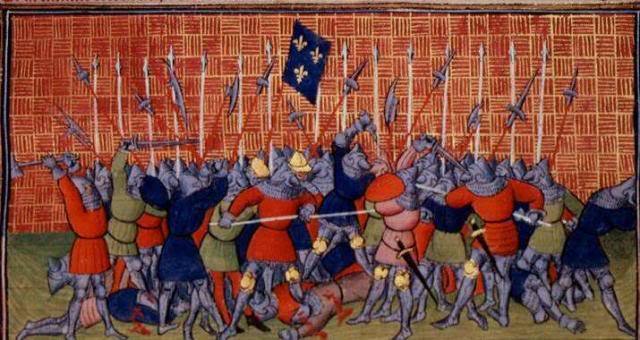 There will be scabbards and straps, no worries