What kind of dog breed is it?

…that is encountered everywhere in the game?

I would suggest taking a look at this.

[image] Image source: Le Livre de chasse de Gaston Phébus. Hey everyone! Since we can have a dog companion in KCD, I just wanted to share some information I dug up on dogs from roughly the time period the game will be set in. The first source is a period hunting manual, and the second an archaeological report. I’ve listed the different types of dogs mentioned in the sources as well, with some of my own interpretation. Some caveats! These sources are from England/France and Scotland respectiv…

Looks like a boxer to me, but those other guys are probably correct and it is some historical breed. A lot of modern day breeds didn’t exist until the 19th century, though they had predecessors which were similar.

ADDIT: Papillons, which I own one of, are one of the only breeds I can think of off the top of my head which have been “in existence” in largely unchanged form since the middle ages, though whether they were already around in 1403 I’m not sure. It would be cool if they included some more breeds in a new game, and for the Papillon it would definitely be a house dog owned by Burgher or noble families. 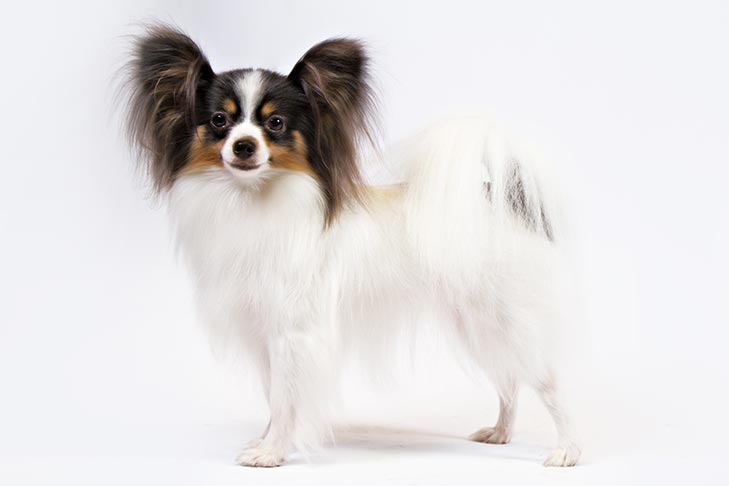 Dogs weren’t bred back then the way it is now. So in a specific area you would indeed see the same type of dog everywhere

The main reason there are different breeds is that they were desired for different purposes:
hounds for tracking, spaniels for bird hunting, guard dogs for guarding, terriers for ridding vermin, lap dogs like the Papillon to play with children and keep the family company, etc.

While it is certainly true that the “breeds” we would find were we to travel back in time would certainly not look identical to the ones we find today, and the distinctiveness between many of them would be more blurred, I’m pretty confident that a brief survey of canines in art from the period would reveal some variety of morphs, some of which would be remarkably similar to modern breeds. I can’t recall the exact source, but I have seen reference to historical evidence that something like the dachshund is depicted in art from the 17th century perhaps earlier. At the same time, we see dogs that resemble greyhounds, dogs that resemble wolf hounds, dogs that resemble boxers, etc. One of the famous paintings by one of the dutch masters (the name of which eludes me . . . the one with the married burgher couple standing in front of a mirror) has a little dog in it that I’ve seen some argue resembles a papillon . . . In rural areas, the variety might be less, but it might not.

The folks that made the game are way more expert on it than me; if they are here to tell me: the evidence suggests all the dogs you would see in a specific area would indeed be the same type, I’ll accept their word for it. But I doubt that is what has happened here. Making all the art and animations for that one dog was a large undertaking, and while some of the work from making one could be carried over to making two or three, it would still be a lot more work. As something that is hardly essential to the game, I can understand why they would stick with just one type for their first game.