Add an option to play as female

if the setting was change to female warriors being rare… (instead of basically none existent) so most quests and story-lines would still make sense, it would still be a huge job to do this… with all the dialog and voice acting.
If you change it even more so the gender is no issue… then what is the point of chancing it?

So if the goal is to keep the story within the current setting if will require new stories and quests written from the start with this in mind.

The original plan was that we, during part of the story would play Theresa.
likely her traveling to Talmberg and getting help to save Henry.
But they simply didn’t have the time to do it properly so it was cut.

Instead we get this DLC… (that is kick starter backers get it for free)
Iam not sure if this will be the original planned story about Theresa… or something completely different. 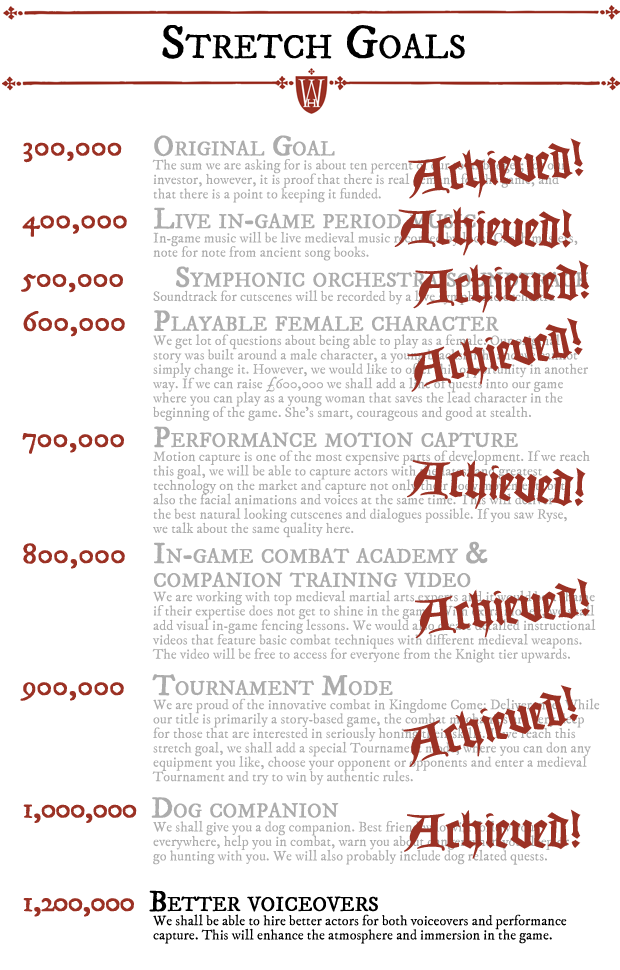 Probably original story that was already in development, but later has to be removed in order to cach deadline. All DLCs look like features that were meant to be in the original game but there wasn’t time to finish them.

the content of the first DLC was never something they promised or even hinted at being in the game.
That was a result of so many asking for a house to live in and suggestions that Pribyslavitz or Skalitz, be rebuild.

But the DLC for a female character is… as we can see by the fact that Kickstarter backers get it for free.

While development they already mentioned that they wanted a questline where it should be possible to reconstruct a destroyed town, but they dinn’t finish it because it was too complicated. So the Basics have got alreadey been there. But I can understand the deccission to make a DLC out of it, because it is a quite different gameplay than the rest of the game

Would the DEV’s Consider putting a BIT more of the Story-line when it Becomes available for the DLC? (Ya sold ME don’t worry about game spoiling here?) …BTW…you need to VAMP UP the From the Ashes Quest to have more People Coming to Henry Dispute resolution…Its real Disappointing…

They consider Ashes as one and done. no patched/perks/updates, Nadda