Finished the main storyline - Any news on act 3? Or the sequel?

As the title says really. Just finished it in under 70hrs with plenty of side quests to spare. Really bummed about the ending though. Felt unfinished and after a little digging here and there there’s a supposed reason for that. which is less than pleasing to say the least. Regardless, because of that short-felt ending I’ve come to the realization that I really don’t think this game is worth the current price of $59.99. But I know many would beg to differ. But maybe as a means to support this talented developer group for daring something new - then I guess my money is well spent.

Still had lots of fun playing the first 2 acts though. Got quite alot of story action from it in terms of the main gameplay content.

The question now is when is the next act coming? or Act 3? Has there been any recent news or updates about the continuation of the story? I would very much like to finish it. I mean all that hype from the beginning, the build up from mid-game to the end battle scene, to that absurdly long epilogue cut scene that might as well have been a mini TV-show for KCD… One thing I can appreciate from it though is it tied up any confusions with the story plots during the game and this one long scene pretty much explains the reasons behind all the events of KCD, which I found to be very helpful during my playthrough.

Anyway. Don’t want to ramble on. Any helpful info or links you can guide me to to get some more info on this game that I thoroughly enjoyed but yet let down by the end, would be greatly appreciated. Thanks all!

P.S sorry for the long post. Hard to keep it short after just having finished the game with so many questions abound and not having a clue what to do next with KCD.

I would expect the next act to release in about 3-4 years. Devs are currently stomping bugs and making dlc. And then stomping dlc bugs.
4 years may be a bit excessive but thats how long it took for acts 1+2.
Warhorse said they have enough money to make another game too.

4 years may be a bit excessive but thats how long it took for acts 1+2.

Yes, but keep in mind that acts 1+2 generally meant developing the game from scratch. At this point, lot’s of assets and base game mechanics are already there, so it might not take that long. I would expect it to be released much earlier, around the late 2019-early 2020.

I’ve come to the realization that I really don’t think this game is worth the current price of $59.99.

It’s interesting how one measures worth.

2 hours at the cinema with my wife gives me a cost of about 600 danish wood money.

Henry has entertained me for more that 170 hours and I’m not even two thirds through.

Exceptional value for money in my opinion.

Running through the game in 70 hours with plenty of side quest to spare does not tell us you like gaming.
You just like finishing a game fast.

They are planning to release last DLC spring 2019. After that mods support. When asked if they work on sequel, they did not say no, they just smiled that their people are working. It would not surprise me if they actually worked on environment alone while others are fixing bugs. Act 3 or KCD 2 should have more content in amount of hours so despite having assets ready, being familiar with CryEngine and having more experienced team, they might spend similar time.

Running through the game in 70 hours with plenty of side quest to spare does not tell us you like gaming.
You just like finishing a game fast.

This is where you got it wrong with that statement. Which is a common behavior to make baseless assumptions in forums such as these. I love gaming. I love RPG games even more. Hence why I was attracted to buying and playing KCD because it was unheard of and something different. I also spent way more time with side questing, doing “chores” or additional activities around the town, roaming the woods hunting, killing bandit camps, trying out alchemy crafting which I personally found very enjoyable - just to get immersed into the game as much as possible.

I was actually reluctant to finish the main story because I had a feeling it was going to end short. And you guessed it - my gut feeling was right. Atleast I can still catch up on things I missed before the “riding into the sunset” ending.

Then there’s also the From the Ashes DLC I still have yet to try out which is going to bump up that game time hours even more. So I might end up gaining 30+ more hours into the game. And possibly even more if they push out more DLCs because I really do like this game.

Then there’s mods to try out that could potentially add up more hours. But with the game feeling incomplete I probably won’t find much motivation to do so. But still I’ll have a look around see if there’s some cool mods that might keep me playing.

I guess I have to apologize if the title was abit misleading. Technically I haven’t finished the game entirely. But I did finish the main story quest line. I’ll edit the title now to be more accurate.

As for the price tag - It really is subjective to each individual. I look at it as the complete development of the game. The way I see it with how I played KCD in my first run through wiht 1.6.2 version - It’s still glitchy as hell with quite a few bugs, combat still feels wonky and disconnected but when it works it 's beautiful & then there’s that whole incomplete story & undeserving short ending. Imo this game should be priced no higher than $40 at its current state. But considering how much these guys at Warhorse Studios pumped out for the first game and acknowledging their talent for making KCD, i feel that $59.99 is worth the investment towards the studio, despite the incomplete game.

Also thank you gentlemen for sharing the general release date info. Seems I’ll have to wait quite a bit for the next part of the story. Hope it all goes well for WH next year.

I was actually reluctant to finish the main story because I had a feeling it was going to end short.

Like the rest of us you had the information that KC:D is part one , and the story would continue.

There is therefore no reason to expect a fully fledged finish.

People have no reason to be pissed because of cliffhanger. Since Kickstarter they had vision to bring three acts which exchanged into two separate games so they should expect to finish story and get full experience together with sequel.
Question. Does backing on Kickstarter include also sequel?

Does backing on Kickstarter include also sequel?

(Unoffical answer :-))
I would say, only if you habe KING or more on kickstarter.
Act iii -> KCD2

But this is only my personal interpretation! 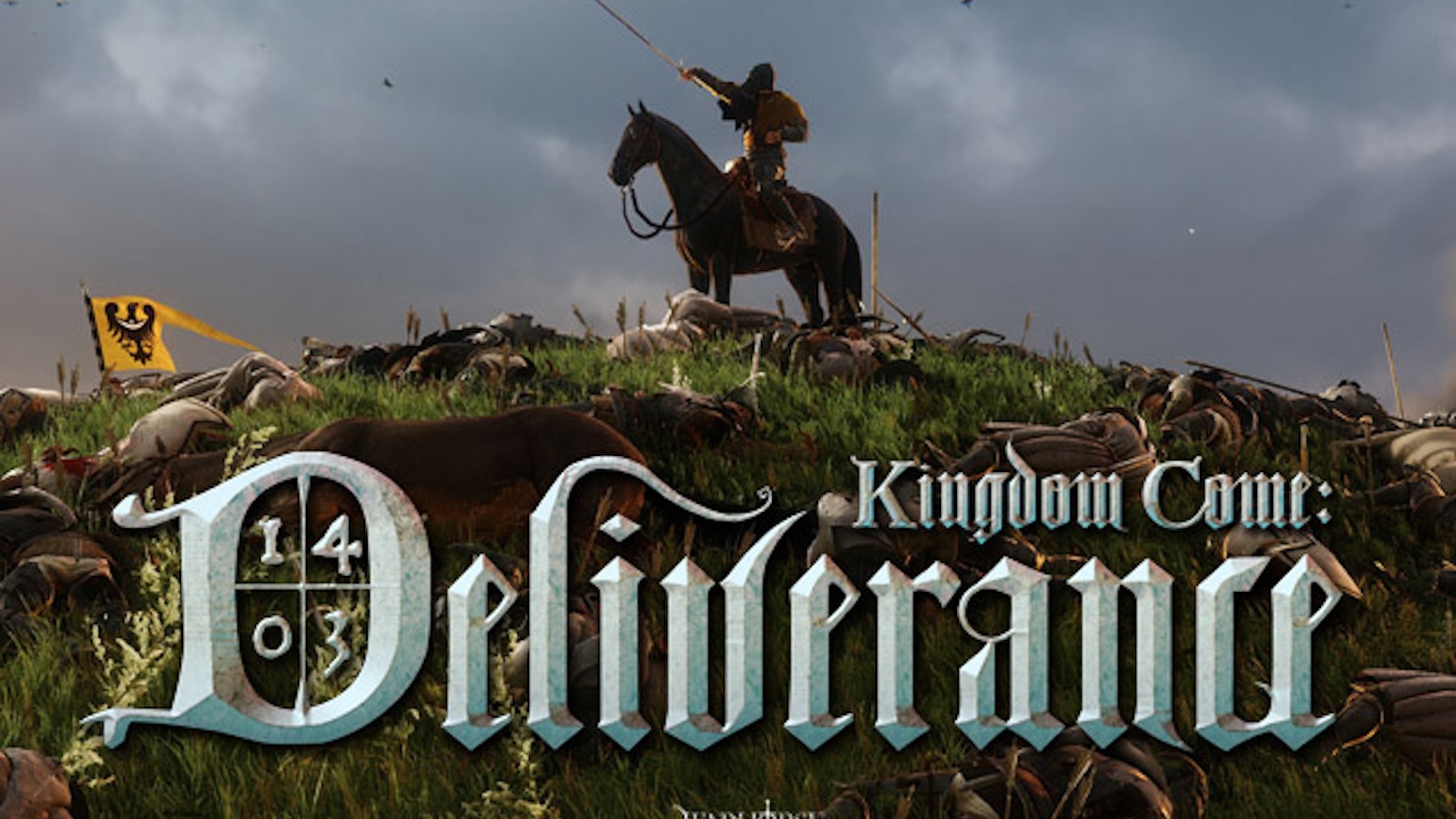 For $60 this game offers alot of novel aspects- more than most (but not all) games priced at this tier. It won’t win game of the year for those reasons specified but definitely enjoyable for 60. I do not appreciate the DLCs but look forward to another full fledged release at $60 although i would appreciate additional content in the form of a more developed main story 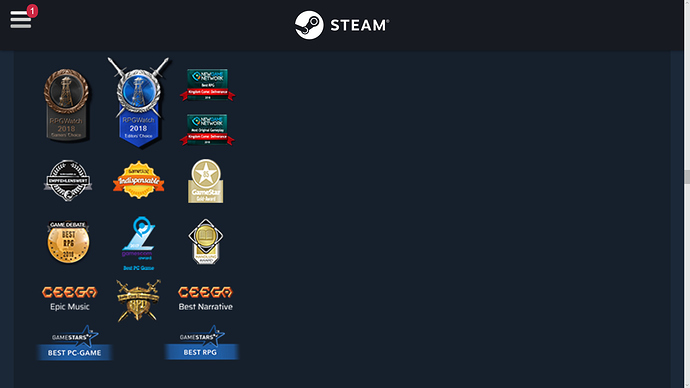 Most likely they will release the dlcs, fix bugs, then fix dlc bugs. Once thats done they might start making the sequel (hopefully)

My first play through ran about 70-80 hours, but i missed a lot of stuff that I never got to do. I never even entered the Rattay Tournament. The 2nd playthrough is about 110 hours right now, but I’m farming armor for money for some damn reason. I keep going back and forth from Sasau to Skalitz. That little fork in the road just up from the little hut with a buried treasure almost always has a skirmish going on. A lot of times it is bandits with really nice armor.

You should see that little hut in my game right now. I have just been looting stuff and throwing it in that hut. I can’t even get in the hut anymore. I’ll gather it all up tomorrow and walk to Sasau. Then I’ll probab;ly do it again. I want a trip to the armorer to bring in 100K+ once. Got close last time with about 84K and haggled up over 90K.

I hope they do a DLC expansion like DA:Inquistion did with Trespasser.

Mainly because of the mechanics of the game. We learned the mechanics an improved at about the same rate Henry improved. For Act 3 to be a completely separate game would mean new players who possibly haven’t played KCD would be expected to know the mechanics. The learning curb between experienced KCD players and new players would be massive.

The only thing that makes since to me is DLC expansion. Also, after everything I went through to get my gear ( I did NOT cheat and knock out a guard ) I want to have it. Importing KCD files could solve this, but wouldnt solve the mechanics learning curb I mentioned above. It took me countless hours of practice to be able to face 7 full plate brigands at once with any chance of survival.

Also, I have been seeing news that KCD 2 is not going to be based on Henry and hints that the setting Is many year later. This would blow Act 3 being KCD 2.

All the acts might of been added to the game kind of abandoned maybe I heard the last act could of been band of basterds but I guess that doesn’t mean they will not continue the game.

They are making a full sequel, they said in many interviews that they are working on a new game. They just didn’t announced it officially. There won’t be any addons to the first game anymore.