Henry is a Nobleman and here's why

Nothing seems to suggest in game dialogue or historically Radzig was anything less than a lord. He builds his own castle in 1412. Sadly for henry he does have children and a wife historically, at what age when certain things happen in 1416 relating to the heretical teachings of Janus Hus occur a cursory google search doesn’t say but not old enough to not be placed under wardship of a couple of knights and for said castle to end up ceded to a hussite nobleman by his widow. Henry during the time of these problems would be well into his 30’s though and the issues present in game a distant memory.

It would be interesting, if the game is a direct continuation, maybe with you playing as Henry and teresa’s kid and Your father being a open secret and problem solver of the burgrave of Vyšehrad, if you have something to do with the building of Komorní Hrádek. It’d be interesting to see the castle in it’s gothic glory rather than it’s 16th century chateau remodel. 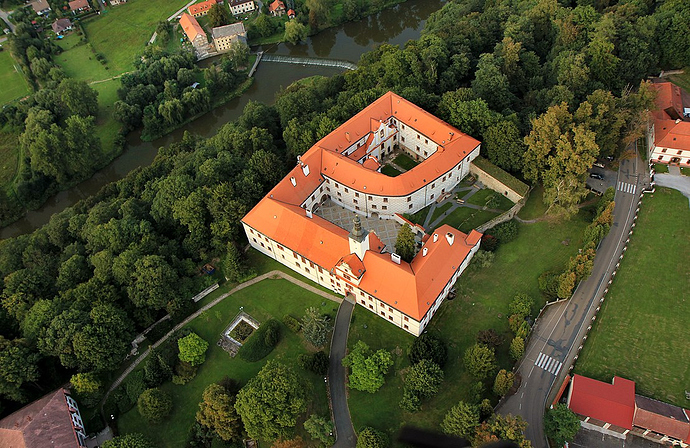 I don’t know that much about Czech politics/culture I’ll tell you right out of the gates. I do however know that politics traditionally in Europe as a whole is mostly about saving face and not embarrassing the family line. It seems to me that Henry is not only a peasant but from what I understand would be shunned by everyone of nobility for his being a ‘bastard’. I couldn’t imagine being Hans capon and suddenly this peasant comes along and he’s my equal just because a noble had a fling. (I like Hans a lot. He really is good people, and I really wish this dynamic between Henry and Hans could be explored). In fact in some places Henry would’ve been drowned at birth just so he could not claim noble rights later in his life. Maybe that’s not the bohemian way? Really I haven’t studied it much at all. Should I find the time I will.

Slaughtering hundreds of human beings … no, Henry is no nobleman

Everyone but henry knowing he’s a bastard does work in game, but I did wish it was more of a “thing” in game. Henry treats it rather casually and everyone else does. There were political ramifications for this like you say, even though it wasn’t common to murder bastards like you posit. Some better dialogue concerning the post game adressing henry’s ignoble birth and seeming OP immunity to prosecution and general game protagonist abilities would have been good. As much of an open secret henry seems to be, there should be more leaks than are present in game. Radzig saying “son” in a cutscene is incredibly fucking leaning, but if everyone but henry in positions of power treated him special and was cagey about it, that would help complete the picture.

Something subtle like radzig giving a nod and knowing look to sir divish telling him to protect henry. Hans capon’s initial animosity having some teeth due to his knowledge of henry being a knoble bastard before bonding over some drinks and dead cumans, etc. etc.

There is a mythic template for being a “luke” Henry follows when it comes to western story structure.

What I mean is the game learns henry is a bastard at the same time as henry. When it comes to noblemen, none of them act like they always knew or act stung by the new knowledge henry is a noble bastard. One immediate thing that doesn’t change is the “I’m in the service of sir radzig” guard dialogue, which never brings up you’re a bastard or are a fucking bailiff. It follows that post act 2, endgame, henry should be able to tell a guard telling him he’ll pay big this time, it’ll be a whole 10 groschen for not having a torch “Do you realize who the fuck I am”. Id’ have liked henry to have had his issues with the law have some greater gravity. Being able to talk as a superior to the bailiff and general guards in radiant dialogue via an array of responses based on game progression and player stats.

As much of a fuckboy han’s capon is and henry plays at, the game never treats you like a noble bastard rubbing shoulders with nobility. Array dialogue, imagine if there was a custom dialogue specifically for if you’d finished the waldasians quest and capon had maybe impregnated the butchers daughter. to get grilled by the lord of rattay with him having knowledge of your ingame actions and parentage.

Sir hanush could be more off the cuff than sir divish for instance, as he seems more want to speak in anger.
“I don’t give a FACK if you’re radzigs bastard or not, you can’t choke out the entirety of my city guard and just surrender”
“Sir Radzig is my father?!”
“…kurva.”