I absolutely hated the section in the monastery to begin with. I wanted to crush the life out of the self-righteous, shuffling hypocrites and commit… mass fucking monkicide. But now I think I get it. I’ve settled in to the routine. Played my cards close to my chest. Gathered information but given away none. Made some money from brewing extra potions in the fratery. Got some lockpicks. I use my Henrytime at the end of the day to do brief little missions to either speak to people or obtain stuff. It’s cool. I surprised myself by getting home tonight and genuinely looking forward to playing another few days as a fake monk

I have to admit though, I’m also looking forward to freedom again. Gonna shimmy right over to the tavern for a night of wild, ungodly excess.

Worst part of the mission is you never become a monk no matter how long you play. that always bugged me. Granted i get the point of the mission. Anymore those missions don’t do much for you anyway, which also bugged me. I guess they help you grind speech which after all the nerfing they did, it is worthwhile.

I think the monastery part was a combination get pious to move the MQ and a history lesson in the life of monks.

this my most favorite quest in the game. all 5 times i beat the game i roll played the shit out of this quest every time. the first 2 times i beat it i did not skip time during mass or any thing else. but the last 3 i skiped some time during mass. lol i also love the movie “The Name of the Rose” maybe that had alot to do with it. if you have never seen the movie, i highly recommend it. you can watch it for free now if u search it out in google youll eventually come across it. 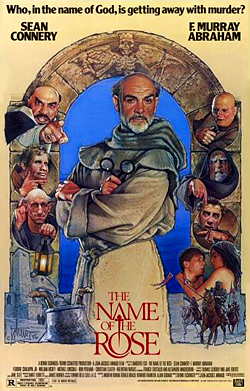 lucky you, i teleported onto monastery roof, assassinated the guy with a dice and teleported away … well 10 seconds spent

You assassinated a guy using only dice? Impressive.

a secret contact told me that one of his nose holes is not working because he has the flu, so i stuffed the dice into the other hole … the nose one

How long do you think it takes to become a monk? You think the apprenticeship would only last a summertime? We are prolly talking about years IRL.

i teleported onto monastery roof, assassinated the guy with a dice and teleported away … well 10 seconds spent

You know that it takes a year to go from novice to being ordained as a monk. If you invested that much time you certainly have more patience then me. You are ready for sainthood.

I wanted to crush the life out of the self-righteous, shuffling hypocrites and commit… mass fucking monkicide.

I higly recommend to give in to this urge at least once. It can be extremely satisfying

The Monastery is a stroke of genius! An RPG within an RPG. Get gamers out of their comfort zone and make them adapt to a completely different paradigm. It is frustrating, it is tedious but it’s also massively satisfying once you start to work out the tricks and complete your successful espionage. Granted, I ended up punching out the Abbott to complete my mission, but the time in the hole i got for it was totally worth it. Don’t be discouraged by the whingers - the “play by numbers” baby gamers have got plenty of other offerings in the game market to comfort their ego with constant instantaneous rewards and leave their grievous sins and failures unpunished.

The monastery quest is fantastic. No other game has ever shown this aspect of medieval life and probably never will. Gameplay-wise it’s pretty a pretty damn fun undercover/stealth mission, storytelling-wise it’s absolutely amazing. Too bad I’m stuck on it and can’t finish it the way I want to due to a bug.

can’t finish it the way I want to due to a bug.

What kind of bug?

I’d be interested to know what bug it is. I always chat to everyone and finish everything first without telling anyone that I’m looking for Pious, then I talk to the right guy and I can eventually accuse him during the same dialogue and get to the escape part of the quest, so I get out of there with full rep and without any physical harm to Henry (without being too specific - trying to keep this post relatively spoiler-free). Some of the dialogue wrongly mentions things that never happened, which for me is a bit of a bug because if I didn’t know about them from other players, I would have never understood what the NPC is referring to. But nothing game-breaking.

I also never had a problem, but it seems that there is a randomness about all the "bugs’ people talk about.

I’ve noticed that I always seem to encounter the same bugs in all my playthroughs and some bug that people talk about, I’ve never ever seen. I think it’s because I always do things in a similar way even when I’m roleplaying a different Henry - I might do quests in the same order or talk to certain people first, etc. which seems to be the major determining factor in bugs in this game. r/kingdomcome - Unlocking the abbot's room in the monastery

This bug right here. Already reported it to support, they said they are looking into it.

Is it a bug, though? You can go around instead (the door next to the Overseer’s office) or get your stuff back and drink a Padfoot potion. The quests that require you to get through this door are all side quests, and there are many side quests that require a certain lockpicking level (most of the millers’ quests, for example), so I wouldn’t be so ready to class it as a bug. It might be an oversight, though. I have noticed that since the game first came out, the Talmberg armoury is no longer locked because getting through that lock was a little too difficult if one didn’t do any thieving in Skalitz. I remember it took me a few tries and I was lucky enough to think to save my game just before. I thought it was a nice challenge, but I understand why someone would find it frustrating.

I’d say it IS a bug. The video in the thread shows the door to be unlocked in other playthroughs, something got messed up in mine and the door ended up locked. It also doesn’t entirely make sense: you get the abbot’s keys, it opens the door to the prior’s quarters but not the abbot’s. Those side quests have to be completed in order to open some possibilities of completing the main quest. The solutions you offer are kind of dancing around the bug in a very immersion-braking way.
Anyway, didn’t mean to hijack this thread with that.