Why cant I pick harder locks at my leisure? In a game that is this much fun and challenging, we should be able to attempt any lock we want. If we have a low lock pick level and want to waste 30 picks to try a hard lock we should be able to. Leveling lock picking is rough enough. Just my opinion.

Playing on PS4, and I get the prompt “This lock is too hard!” but can try anyway, and usually can open it. This started when i was level 6 lockpicking. Didn’t try them before then.

You can always try to open locks no matter how high your level is. But it will be very hard to unlock. You better wait for the correct level.

Hey thanks for the response guys. I tried anyway it was just as soon as I went to even move the pick it snapped so I assumed we couldnt even attempt it. I will try again. Thanks again for the input.

Better to train and get the right level because it is almost impossible to do.

said it b4 and ill say it again, u can be opening very hard locks once u get to level 6 in lock picking. all you need is 1 perk that makes lock picks more durable and the 2nd perk u need is the one that makes locks 30% easier when your drunk… i can pick very hard locks an hour after waking up in rattay. you can buy your first level and pick pesheks box until it stays open. that should get u another level. then just look for easy chests to farm your level to 4 or 5. i normaly go to sasau (monastery area) to farm easy chests because there everywhere. theres 3 or 4 on the scaffolding alone. u can do it rattay but i like sasau better. once u get lock picking to 4 or 5 you can buy the next levels from pechek if you want to speed that along. once your at level 6, get the 2 perks and you can now open very hard locks … done. the higher level you get after 6 the easier it is to open hard locks. i think around level 10’ish you wont even have to be drunk anymore. but dont quote me on level 10.

I dislike that lock picks are so expensive, especially since the locks are so hard to learn to pick, and you would think a blacksmith’s son should be able to make his own from purchased or found raw materials.

There are many easy and very easy doors in Rattay to be picked each night. Just stay away from those dogs and guards.

The other difficulty I have with lock picking is that it is morally wrong, especially picking locks of people who have given me aid or who should be able to trust me. Especially in Talmberg.
I’ve only played SkyRim, (1200 hours plus) and when I played I tried to play the game as a person of high moral standards. I was up to level 70 before I decided to join the Theives Guild, because of the many interesting quests available, which I found on YouTube. ESO and MXR are two of my favorite channels. But I still hated stealing from people or strong arming them.
I’m 69 years old and have had standards I have lived my life by, stealing and screwing friends was not a part of them. So the immersion is lost whenever I am no longer able to play a game as The honest person that I am. I’m personally not going to start acting like a thug in real life, because I realize it is just a game, but I wonder how some of the actions required in some of these games affects a younger mind.
I don’t have a problem looting a bandit’s things or killing them, but I feel that when one is dealing with people in a game that should be able to trust you, you should be able to get to the next level or quest by honest means.
Talmberg created some delemas for me, because I had to steal what I needed. And when I got caught and went to jail and was cast out as a thief, I had to continue playing the game with the negative effects it had on my character. I think finding someone in Talmberg who would have sympathized with me and helped me get what I needed without breaking the law would make the game more immersive.

If fictitious action in a video game cause you to be morally conflicted and interfere with your experience you may want to consider a different hobby.

Or maybe it’s the sign of a very immersive game where you actually care about these moral choices?

Sure, my first play through I was upstanding. Currently 350 hours into 2nd playthrough playing as “effective” unit, doing whatever it takes to achieve a desired result. Will do a 3rd as a drunken murdering swine. Now, I would never live my life like that, but it’s fun to “immerse” myself in a different role while wasting time on a fictional existence. That’s what games are for imo. Stepping outside your norms to explore different outcomes, or at least that’s how I enjoy it since “immersion” is for people with better imaginations. Know what else ruins immersion? Having to cook dinner for the family and putting the kids to bed. “Muh ‘mersion!”
Forgive my lack of empathy. I’m to old to pretend I think it’s real.

In Skyrim, there were specific quests, very interesting lengthly quests, that you could not access unless you became a thief and joined the Theives Guild.
There are no such quests known to me in KCD which require one to specifically commit criminal acts to complete the game and I personally feel that Henry’s character deserves to hold high moral standards considering his loses. This might be beyond many gamers “imaginations” that anyone would want to play a game so seriously. Well, my imagination requires me to play a game that is true to my Character.

AFAIK the Queen of Sheba Sword sidequest requires some stealing. But just like in the real life - you cannot get everything you want by honest means. And then you have to decide whats worth more - the desired thing or your moral standards.

Aside from some “five-finger discounts” I committed as a child (I was 11 and 12 when I committed these acts), as an adult I can honestly and proudly admit that I NEVER stole anything from anyone.
No one possessed anything I wanted, especially friends, that I would lower my moral standards to steal.
This seems to be a major problem with the morals of many people today.
Many seem to be able to rationalize morality so that they can have a steady job.
Not sure morality should even be an issue for video games, but Morality seems to play a fairly big part in gaming. One maybe we should take more seriously, especially for our children?

while i agree with u, if it says Rating Category: 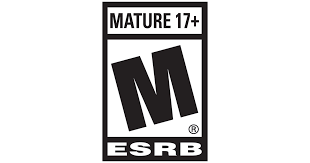 then fuck the "kids " they shouldnt be playing why make this a littles kids game. i really hope i misunderstood you. if u want to make this a kids game then go play sea of thieves or maybe this would be even better for you. 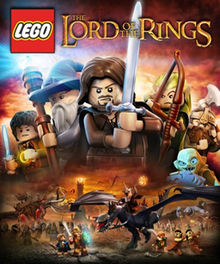 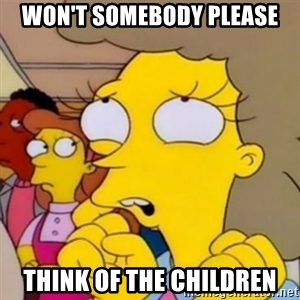 Yes, but many parents let their children watch mature content, and I suspect most parents look at all games as just that, games.
If you are a working parent you probably won’t have time to play through a game your child wants, and I wonder if gaming shops ask for ID for a Mature game?

I apologize for getting so off topic.
But I would add one more thing.
While you and I as adults would never think of acting out some of the things we have done in games, can you say with absolute certainty that the same can be said for a much younger mind?