any help would be appreciated

Yes, sorry about the late reply, missed your first message. I send you a private message.

It should all be in your game folder. 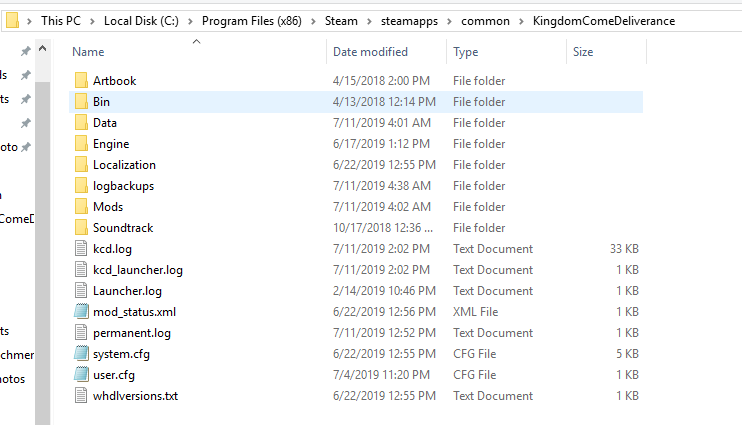 “Should” being the operative word. Thosee folders (Artbook/Soundtrack) do not exist on my installation.

I’m sure the information will be hlpful for some others having trouble locating the content though.

Does the DLC show up as installed in your steam library? If so, you might try reinstalling it. If not, I’d try to install it. 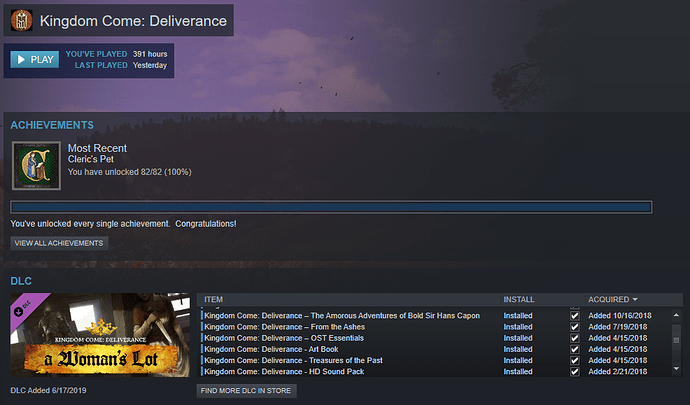 I would recommend a cache cleaning of steam and relog as one more option.
I dont know if it will help but many problems with clients and internet are from old/wrong cached files in windows TEMP/registry

@Daniel-the_Bard
Doesn’t exist in the list of DLC I own (though it should), only the ones listed in the OP (and Band of Bastards), so it cannot be installed, let alone reinstalled.

AFAICT it’s a problem with the auto registration of the game through this site. which only happened after the final DLC was released (I had been holding out for a standalone version, because I do no like bloatware like steam)

You could try finding it in the steam store and adding it to your library. If it charges you, you can always complain to the devs as you did back the game in Kickstarter and try to get a refund while retaining the files.

Or there might be a way to have one of the devs send it manually; I have no idea how the Kickstarter backings work because that Kickstarter campaign came out back when I was like fourteen and too poor to put money down.

Steam does not have any system by which a company can refund a game while the user still retains it, so it would be a bad idea for anyone with the same problem to purchase the missing DLC (again) hoping for a refund of it. their refund system would just put the user back where they started, and probably cost WarHorse extra money too.

This particular kind of problem (contents not being included with the issued key) has to be corrected by either WarHorse (if they issued the wrong key) or Steam at the direction of WarHorse (if steam provided the wrong key types, or failed to include items with it)