We are pleased to inform you that, in collaboration with our colleagues from Gryphon Studio, we have begun developing collectible figurines for Kingdom Come: Deliverance. We are planning to release a limited number of units and would to involve you in this process.

The figurines will be made of metal (pewter) with very high detail of each element, as it is usually done with historical miniatures. Therefore, the first question for you will be about the size. We are able to make figurines at a scale of 1:24 (about 75 mm high from feet to eyes) or at a scale of 1:20 (about 90 mm).

Those of you who are fond of historical miniature may want to assemble and paint the figurine yourself. Therefore, the second question is: do you want to have this feature, or are you only interested in the assembled figure? And if assembled, then what color should it be: bronze or silver?

First of all, we want to create a figure of the main character - Henry. According to our idea, he will constitute one of the elements of the future composition where he protects his Theresa from Cuman warriors. So the question is: what do you want to equip him with: a spear or a sword?

Look at the attached illustrations for example. If any of you would like to suggest an alternative pose, please do not hesitate and comment below.

So which ones are your Favorites?

Five of the most active participants in this discussion will receive a special prize from us, which we keep secret for now. 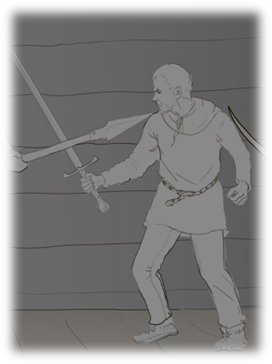 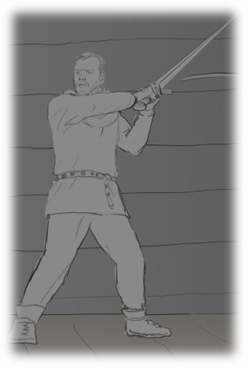 I don’t have a strong opinion about the other two, but as far as armament goes, Henry used a sword. While there is a spear available before he gets to Theresa, it’s hard to get, and even harder to use effectively in the game.

For some reason you can’t stab with the spear unless you’re locked on, and attacking makes you move forward involuntarily, making it difficult to fend off enemies at a distance.

BTW: You should try to make even smaller figures and release them with Board Games: (D&D, Monoply)

The best options for me, spear doesn’t fit for Henry in my opinion. Also, maybe I would make some changes in clothing. Some better looking equipment would be nicer and more attractive, than simple linen clothes. Not exactly some fancy “knight” full plate, but some lighter gear (style like: gear he could possibly find in his father’s old chest), would look nice.

Hello Doctor!
That is awesome news!
I would love to buy figurines of Henry, and all the NPCs.
My preference is 90mm tall, in silver
Wielding a sword.
I agree with others that having him clothed in light armor rather than just linen would be nicer.
Thank you and please post frequent updates.

This pose is the most desired for me.

Not to seem the ass, but why would you want a figure, Henry in this instance, in that pose? It isn’t very dynamic or interesting as far as figures go, and it hides a lot of detail in a hunched pose.

There’s two different ways of looking at the figures and gear/pose. The first is what is intended with a scene of Henry, Theresa, and the three Cumans. The canon version of that is Henry with Radzig’s sword, and in his green linen outfit, red scarf, with work boots, even though he looks like he’s never done a day’s work in his life before the player gets control of him.

The second is as a general figure, for individual display, where there’s a lot more room for personal interpretation. In WoW for example, they let you order a statue or bust of your character in the gear you log out of the game with. The race, color, face, and hairstyle are all customizable.

There’s a lot more room for personal choice if also going the second route. There you could have your favorite gear, look, pose, and Henry holding the sword, looking exhausted, with a battle raging in the background is one of the more iconic looks. I say iconic, but that can’t be Skalitz, since he didn’t have time to make that pose, and he never got the sword after that. So it was only used in the marketing material, not in the game itself.

Edit: This is the image of Henry after he hits the Cuman on the head, only to realize, unlike the stick, Cumans fight back.

I would go for:

Type and color of figures:
• Silver

The scale and the color of the figurine are personal preferences but I think when it comes to the weapon there should be no other choice than the sword. I mean the whole game is based on this sword and getting it back. It is one of the main aspects of this game. To give Henry a spear instead of his fathers sword seams a little odd to me.

I would love to see henry in his sort of “adventuring” wear, with his sword sheath, in his brigandine, maybe an open faced helm (kettle hat?) leading pebble by his reigns. (Henry is walking, not riding)

75mm, bronze, (if possible wood, but thats not right)

I would love to see henry in his sort of “adventuring” wear, with his sword sheath, in his brigandine, maybe an open faced helm (kettle hat?)

In my opinion Henry should wear his Skalitz gear. So his red scarf and the green shirt. As Christian wrote, the figurine should pose like he´s protecting Theresa from cuman warriors. The only time he does that in the game is during the Skalitz attack when he rushes to Talmberg. And during the raid he wears these simple clothes, no helmet or brigandine.

I’m not sure what raid you are talking about in the last sentence. Would you mind clarifying?

I was sorta getting at the feel where Henry is sort of midgame where I spend most of my time (also I roleplay having to constantly wear the armor so plate is a no go since that would be terrible). So I take what I can have Henry wear off of my own sorta rules. Then I have him walking with Pebbles (or whatever horse), because a lot of the game is spent just walking through forests if you don’t fast travel. He’s walking rather than riding because you normally can’t ride a horse thats being used as a pack horse, so I don’t. I was trying to get at the peaceful vibe I get when just walking through the forest enjoying KC:D being medieval simulator for a while, just sort of enjoying nature, not quite optimizing my play.

Anyways there is no should, just what you want, as well as what I want…
Also sorry who’s Christian? Not sure if I’m missing someone. Aradiel talks about Henry in his green and red clothes. If that’s the post you were referring to when stating that you’d rather have Henry in his Skalitz gear, he also equally mentions having a more generic Henry that isn’t in Skalitz… although I’m sure you saw that part.

First of all, we want to create a figure of the main character - Henry. According to our idea, he will constitute one of the elements of the future composition where he protects his Theresa from Cuman warriors.

That’s from the first post, and the pic I posted is from A Woman’s Lot if Henry saved Theresa. Amusingly, if you don’t, Henry just rides past, and that distraction is enough for her to get away, so it makes very little difference whether or not Henry saves her.

Obviously if they’re going to create that scene, then the only canon choice is Henry in his green outfit.

That said, I’m sure a lot of people would rather make their own choices of gear. A horse would be nice too. The other iconic Henry pic is: 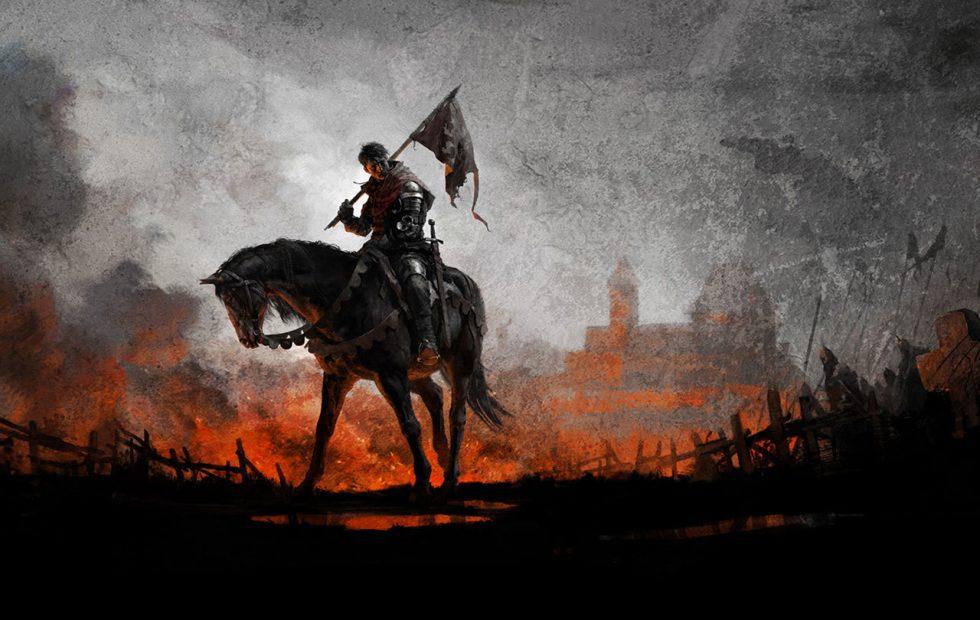 Henry on horse carrying a flag.

I’m sure there’s plenty of other options people would have in mind for their own personalized Henry, that has nothing to do with Theresa and the Cumans.

Christian is the OP.

I see, I stand corrected, my bad.

I’m not sure what raid you are talking about in the last sentence. Would you mind clarifying?

I was talking about the raid/attack in the beginning of the game. From Sigismund and the cumans.

Yes, correct. But this is the only Henry, that every Player gets to know. After that each Player chooses a different outfit. Sure there is a chance that some Players choose the exact same outfit, but that chance is very, very low. If they make a Henry in a specific armour set, the chances are very high, that you never choose this outfit for your personal Henry. Then you have a figurine in your shelf of a knight, that you might not even recognize as Henry (if the figurine wears a helmet) and that you have no personal bond to, because your Henry never looked like this.
That´s why I think it´s best for all if Henry wears his starting gear OR armour from the wallpapers like Aradiel posted one. In fact I think it would be an awesome figurine if they just took him from this wallpaper, exactely like he is there. Even with the flag. This picture is very iconic.

Thank you to all participants, I am collecting all the Information from here, Discord and Facebook now. When it comes to scale and painting, there are many opinions, but most people clearly prefer the sword

I would like to see some more interesting gear, rather than plain clothes, even though it’s not the “lore”.
Something like on this picture would be perfect, it’s not shiny knight but weathered fighter gear, semi light, with some iron pieces. Something Henry could find in his father’s chest, as a heritage from his youth.

most people clearly prefer the sword

if you make Father’s Sword, you’d nail it.