You said in the description of the combat system that there were several category of weapons but I saw nothing concerning the presence of falchions (There is a saber category but falchions are not sabers). It would be a historical miss since there are one of the most popular close combat weapon from the end of the XIIIth C to the end of the medieval era as it is an inexpensive, easy to use and violent weapon.

Aren’t sabers much later than 1403? Late falchions do kind of remind me of a saber, compared to the “typical” medieval falchion, but I guess it would be counted as just a sword if it’s in. Though I’m more interested in seeing messers, which most likely are derived from the falchion, right? I would also like to see those chopper falchions but they are way too old at the time of this game

they look cool though.

Sabers are as old as sword but they didn’t come to western Europe until the Mongol invasions (with some earlier exceptions such as the Charlemagne Saber). And were not really popular until the XVIth cent and the beginning of cavalry units such as Hussars. However I never seen archaeological evidence of things as what you called a “late Falchion”.

One of the characteristic that make the difference between a falchion and a saber is that a falchion is wider near the tip than at the cross-guard. Messer and Bauerwher are more from the end of the XVth century and are generally considered as knives since they are much shorter.

You have a type of falchion, in italy, dated from begening of 15th century wich is inspired from moors weaponry.
Anyway I agree him, falchion were the “poorman’s sword” and its a kind of weapon that was (and still) pretty useful

4th from the left. falchion goes undner that category.

The 4th looks like a hanger, which are early 17th I think. Falchions are depicted as early as the 13th century. Weapons used by men who aren’t into the nuances of sword fighting, but have one helluva swinging arm - sort of like an ax or a cleaver with a crossguard. Bit cruder than say a Chinese dao.

A “Grosses Messer” or “Langes Messer” would be great, since it was (as far as I know) the sword of the common people in this time. Hence it seems fitting that a blacksmith would fight with some type of messer and not with a sword (and I like the looks of it!).

But it would require a different fighting technique than the sword and therefor would mean more effort to implement it. Fingers crossed for this type of weapon!

Stands to reason that such weapons where used before that in Europe, just because there are very few physical examples remaining - does not conclude this is not so. I mean the Greeks took the Egyptian khopesh for a basis for their kopis, the Romans got their modern gladius from the Iberians. And there are generally transition swords in between.

Such rigid typification is… don’t know what it is - certainly it is evidence based, but some room for conjecture must be had if progress is to be made. Also to conclude - they must of had some sort of hacky - slashy ( a very technical term, i know

) sword for their mostly peasant levies. For a long time there where no professional standing armies in western Europe and no real military tradition, not until the late 15th century.

Of course this is just my opinion, conjecture.

I 've started liking this falchion design recently and wonder will this reverse edge falchion be lore-friendly and added to KCD. 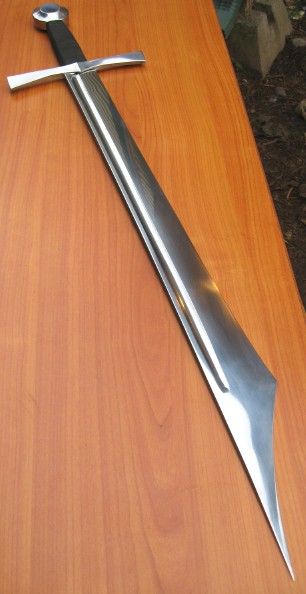 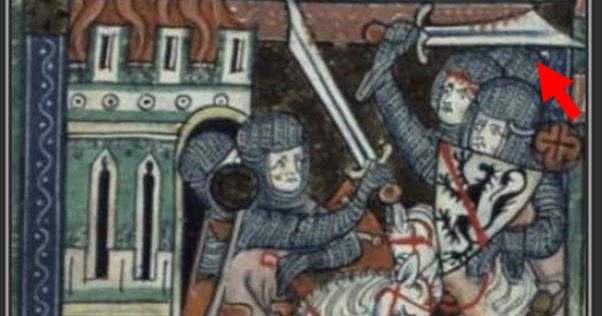 Renaissance Martial Arts are alive and well. My blog focuses on history, fencing, and the practice of arms in a modern context

I think the game slightly under estimates the weapons.
should be in the 48-53 damage category.