I know this comes out of nowhere but I just had to write about this, so:

I love the attention to detail, that was put in recreating medieval world in KC:D. What I find especially interesting, as a historian (a byzantinist to be specific) is the sacral architecture, paintings and monastic life, recreated in game. So about that. There’s one peculiar wall painting in game, that I couldn’t just walk past by.

Inside the church of Užice on the western wall of the nave, there’s a painting of unnamed saint woman (I assume it’s not a kickstarter backer, since it does not have any description), that very much resembles byzantine style iconography. Of course, western medieval iconography derived from the byzantine style, so that alone isn’t suprising. What is suprising is the fact, that she holds a russian orthodox cross. I’m writing about this painting: 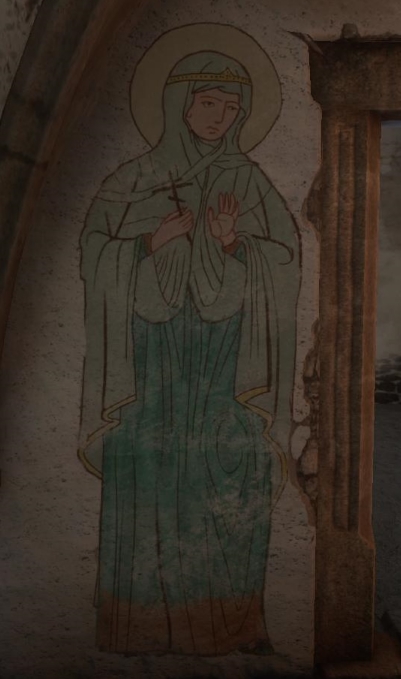 zbWRPcT.jpg401×679
Now that’s odd. What is an orthodox saint doing, painted in some provincional Bohemian church in 15th century? It can’t be connected to slavic-rite of Cyril and Methodius because AFAIK it didn’t use that kind of cross in their symbollic.

So I did a little research, trying to figure out who that might be. My first tought was, that this is princess Olga Rurykovich, because she is usually depicted with cross in hand (typical attribute for orthodox saints who defended or spread religion) and most importantly as a princess she wears a diadem or crown. And in game there’s indeed a small diadem on the head of this person. But this wouldn’t make any sense. Russian princess painted inside some church in Bohemia? Rather weird don’t you think? So I searched for similar aristocratic saints from earlier centuries. In the end I didn’t find anyone exactly the same, but my closest guesses would be: St. Barbara (martyr, 3rd c.) or St. Alexandra of Rome (martyr, supposedly wife of Diocletian or Dacian, 3rd-4th c.) as seen below: 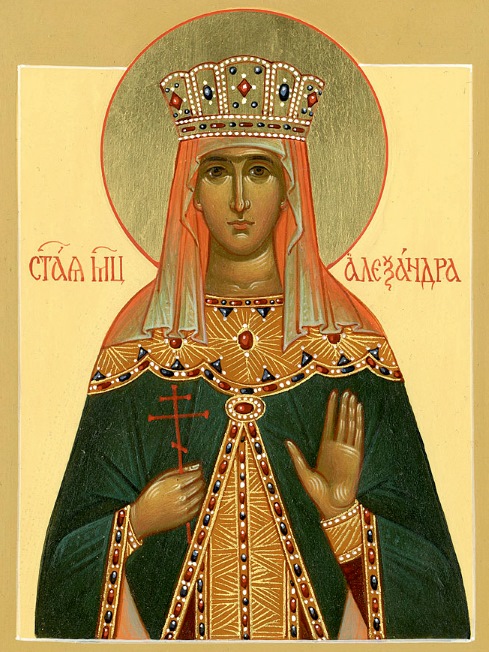 kMSIs2t.jpg489×652
She has a cross in right hand, left hand in the gesture of modesty, she wears a crown and has green garments. So maybe it’s her?

Now let’s put aside the lore of KC:D and history rambling.

I just wonder, why someone from Warhorse Studios (from art department I guess) responsible for paintings in game, chose an orthodox saint to be placed in medieval Bohemian church? Was it just a random decision? Or maybe there’s some backstory to it? Or maybe I’m just crazy and this is what happens when you research history for life and then play a game such as KC:D, noticing some completely insignificant details.

So what do you think about this?

Go explore Father Godwin’s house. You will find a few orthodox icons there as well (and some armour too.)

Having that in mind, and the fact Godwin traveled the world before becoming a priest, makes the orthodox painting in the church he is responsible to a bit more sensible. It’s a possible explanation.

Hello from Russia, by the way!

Would love to hear from teh devs about this.

Ah yes. I forgot about these icons inside Father Godwin’s house. Now it’s starting to make sense. Maybe he was in the east during his voyages? If that’s the case then this is a nice example of “show, don’t tell” storytelling.

During the 9th century, Rostislav of Moravia (canonized 1994 by the Orthodox church) leader of the Great Moravia (that included Bohemia) was afraid of the Frank influence. So he invite saints Cyril and Methodius from Solun to help spread the Christianity.
As a part of the preparation, the brothers Cyril and Methodius prepared new Glagolitic alphabet (later changed and became Cyrillic).
This has been done to be able to translate the Bible to Slavic language.

Old Slavonic liturgy has been preserved in Sasau untill the end of the 11. century, when the local monks were expelled and the monastery were taken over by Benedictines from Břevnov.
In the in-game monastery, some monk speaks about heretic that wanted to preach in language that is foreign to the God. He meant, i believe, the Old Slavonic.

So there is possibility of Orthodox influence in my opinion.

P.S. I really hope I got it right. This is not the part of the history I remember the best from the school.

edit Sorry I overlooked the part you mentioned that in the OP.

All you’re saying is correct. But the cross on the mural is not Byzantine or Slavonic, it lacks the smaller horizontal beam which you can see on the cross of St. Alexandra of Rome. This small detail makes it specifically Russian in origin – that’s the most peculiar thing.

However, I think it’s not abnormal after all, because while the Great Schism happened in 1054, it was not until 1551 when by the initiative of Ivan IV The Terrible Russian Orthodox Church broke into complete canonical isolation.

The only question is who that saint could be?

Yup, that’s right, slavic rite (don’t confuse with byzantine rite) christians as far as I know didn’t use that kind of cross (with three horizontal beams) in their symbolic. From archeological findings we know that they usually used greek/byzantine cross.

As for the schism, I wouldn’t really put too much focus into specific dates. It was a centuries-long process and even by the 11th century, the differences (cultural and social because these are actually more important than theological) were significant. That being said, it wasn’t uncommon to find orthodox-style paintings or mosaics in some churches on the border zone of western christianity (Venice, Sicilly, Hungary, Poland etc.). But Sazava region seems to be a bit too far away for this.

Yes, Godwin was adventurer and mercenary, you can see some eastern “souvenirs” in his house.
He could fight for example in the conflict against Ottomans, maybe in battle of Kosovo in 1389 on the side of christians (Hungary, Serbia, Bosnia, Hospitaller knights). Czech troops were certainly involved too.

On wiki i found this “Christian army led by Prince Lazar included contingents of Bulgarians, Albanians, Wallachians, Germans and Bohemians…”
So Godwin could be easily influenced by Orthodox religion from Serbia and other Balkan nations during his adventures, and it had influence also on “his” church decor.

One more for you. This one is in the Sasau monastery. In the cell in front of that piece of cloth. This is definitely Byzantine style. 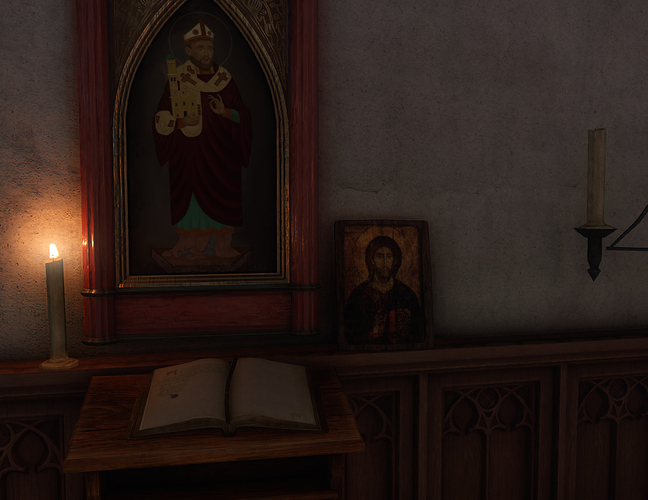 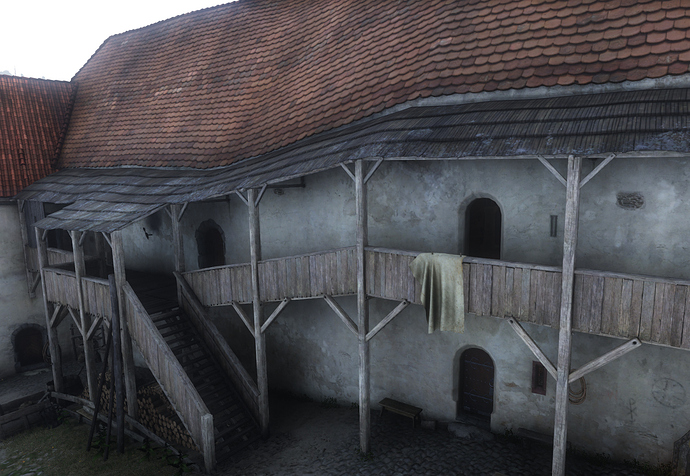