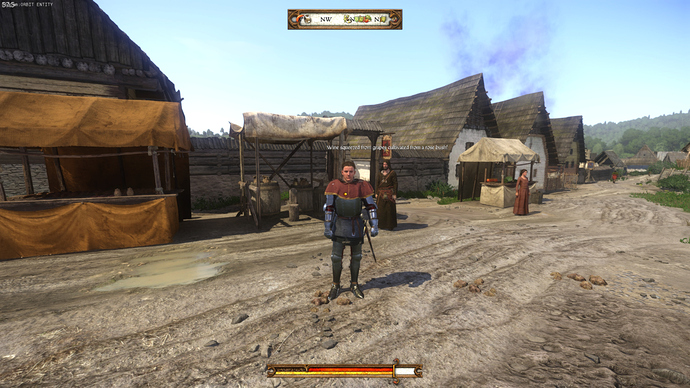 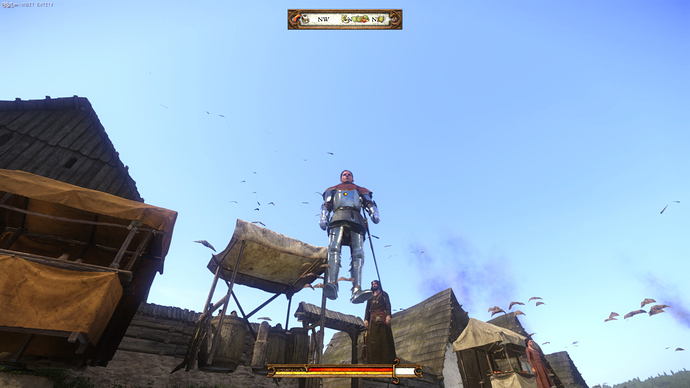 As per the first screenshot, the reflections cause chausses and chestplates to appear a different color than armplates and gloves when viewed head on (this also occurs in cutscenes).

When the camera is oriented beneath the player, causing the light to reflect differently, the colors correct themselves.

I figure we’ve all noticed this bug, but I’ve never understood why it happened until discovering the colors balance at different angles.

This has bothered me to no end as well; not a single plate armor set in the game have matching colors as a result of this. I didn’t realize until I read this post that the issue was the orientation the armor is viewed from.

Attaching my own screenshots to give a closer view of it. 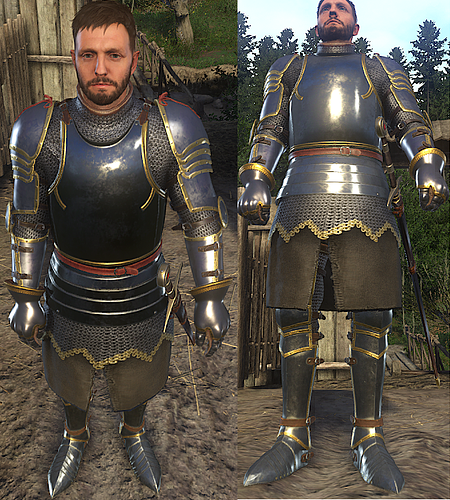 As Ophanim states, when the armor is viewed from above or the front, the pieces will appear to have a different color (most notably, the chestpiece is far darker than the rest). When viewed from below, it all matches like it’s supposed to.

I reckon this is likely what caused the issues reported in this thread too:


Which means this has been an issue for over a year at least.

Edit: Actually, after viewing it in-game, the issue reported in that thread might be independent from this issue. Even when viewing the armor set in the pictures above from below, there is a stark texture / color difference between the two (and other plate sets, too).

It would be such a shame if this is never fixed. Putting cool fashion together is a big part of RPGs as far as I’m concerned; the inability to ever construct a platemail set with a uniform, static tint is a bummer.