When will the story line continue?

is there a realese date on when will the second game will come out or when will the story line update will come? because rn it just ends when you are supposed to go to another country to deliever a letter and thats it and in the quest log you have the green quests which you will probably need to complete in whereever henry and hans are going.
so does anyone know the realese date of the continue or the second game?

There is no release date yet, no.

But no 2nd part was announced or officially confirmed yet too. Tobi said in last Interviews, that maybe the last DLC and mod support must be awaited. Maybe there will be something to announce after this.

It will continue i just hope that its not too late and far away from the realease KCD. if the story wasnt suppose to be continued the green missions or the ending that we get right now wouldnt be a thing but what im hoping for is not a too far of a realease date.

I just hope that KCD doe not end up like many other games with no conclusion. 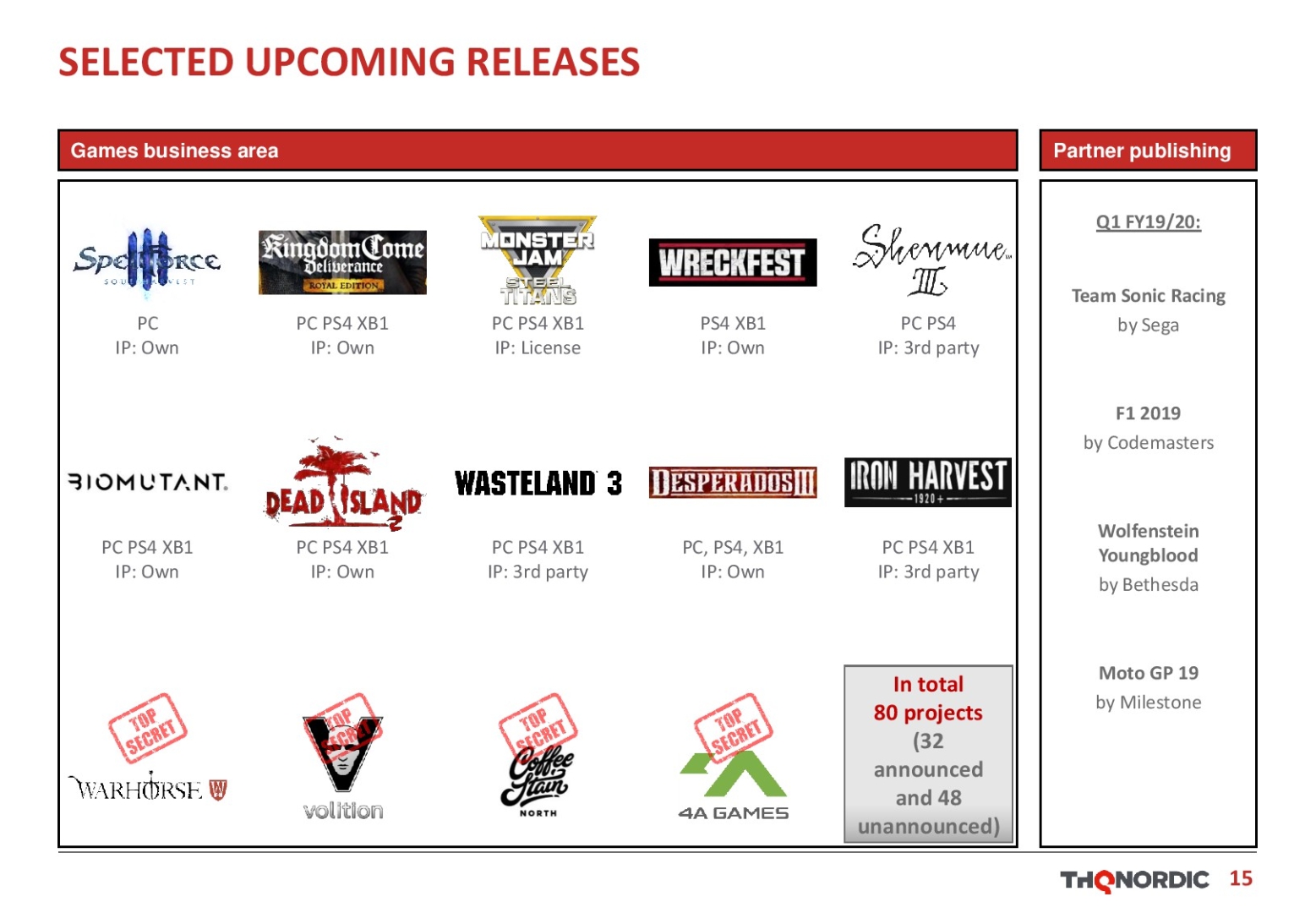 THQ Nordic game schedule, you can see “top secret” Warhorse game at the bottom, it will be KCD 2 on 99%. I think they announce it after release of last DLC and Royal edition.

I think they announce it after release of last DLC and Royal edition.

Presumably at E3, which is two weeks away: https://www.e3expo.com

But, I doubt it because I think it’s simply still too early to announce KCD2. Warhorse will use E3 for promoting A Woman’s Lot and that’s it.

Yeah, it could be at E3. And I don’t think it’s too early, they can just announce, that it’s officially in development and maybe show some artwork, screenshot or mini teaser to start little hype again. I’m sure they are working on the KCD2 for some time.

They are only about to start working on their second game, hopefully KCD2, as the last DLC is released. You better ask this question 4 years later. Play some other games.

Be relaxed: Warhorse has a lot of options.

They did the first game crowd-sourced. Suppose they pitched a second game the same way. They have a lot going for them: Demonstrated ability to deliver on a concept. An already established technology built-out. A raving mad fan base. Game awards and Accolades. So, they have a really solid basis to do another crowd sourcing campaign (and I don’t want to miss it this time!)

At the same time, the exact same circumstances make for a solid development model along the more traditional lines. The community backing and good will also support funding investment from more typical game development investors. They wouldn’t have to necessarily do a lot of technical innovation; a few updates to known pain points in the current engine, and spend the rest in story, art and voice actors.

So, I exhort you that all good things come to those who wait. Maybe we get an new Kingdom Come with Henry and Hans in Medieval Prague, wrapped up in all sorts of tomfoolery or political intrigue with lots of different factions vying for pre-eminence, almost Witcher 3-esque, or as convoluted as a Bethesda game. Maybe we get an entirely different Kingdom Come, centered somewhere other than the Czech region. Remember, in the Medieval period, Germany was not one country but a quiltwork of little kingdoms, and there’s loads of opportunity for a realistic Medieval RPG that has a scope across all of Europe. Wide or narrow, Warhorse has narrative options.

I’d like to say I’m optimistic. I hope Warhorse is getting a little something from the Czech historical society (by whatever name it is known), because next time I go to Europe for work or a family visit (my wife is English), I think I’d like to pop over for some tourism.

There will be no crowdfunding campaign this time, they have money and publisher now (THQ).
Also I doubt story will be somewhere else than in Czech lands, and Prague is also too difficult to make (giant city, with hundreds of people in the streets).

In success, all things become possible.