Today I have some new competition for you and you can win hoodies and hats.
First price will be a hoodie and a hat, second price a hoodie only, and third price a hat.

Closing date was Thursday the 8th of December, please do not send any emails anymore.
Thank you all for participating in the crossword puzzle.

The lucky winners are Marek P., Mario S. and Korel G., congratulations from the Warhorse Team!
For all other participants: this was not the first competition and it will not have been the last one, maybe you will be more lucky next time.

Here are the questions which will lead you to the right solution: 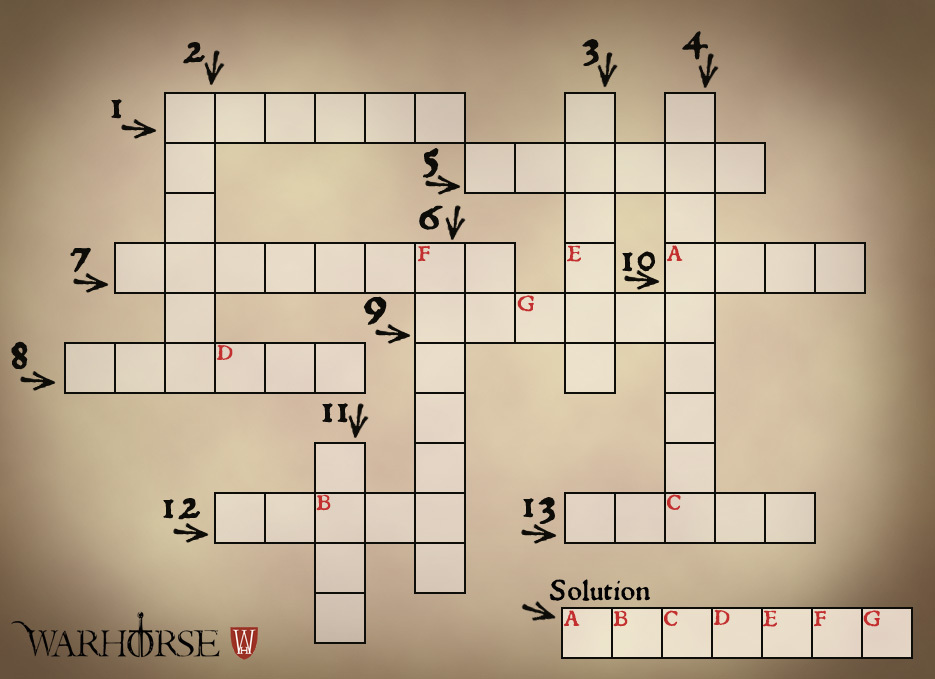 I hoped the solution would be the release date…

I thought that you would find it too easy

But be honest, did you solve question 5 without looking?

But be honest, did you solve question 5 without looking?

No, BUT in this answer isn´t an alphabetic character you need for the solution…

Hi, could someone help me here? I dont really get what I need to do, do I just write the answers and send it? and with the picture or no? and what does the picture even mean? Thanks in Advance

Sorry for all the questions

The answers has to fit into the quares of the picture,
In some squares you will find small letters. (A B C D E F G)
If you fill the letters from your answers into the Box in the lower right corner, you will get a new word. This word is the solution and you can send it to info@warhorsestudios.cz to participate in the competiton.

Ohhh, ok thanks, I get it now, thanks for helping

I liked this one, a bit easy though

Do more of these in the future, is also a fun learning experience about history.

Winners being selected from a pool or is it first come first serve?

or is it first come first serve

This would be Blacksmith obviously… no, it will be a pool, and you can participate till Thursday 8th of December with an qual chance to win.

If we would do a first participant serves first competition, then we didn´t need to make them, and I could send it to Blacksmith directly

This topic is now a banner. It will appear at the top of every page until it is dismissed by the user.

This topic is no longer a banner. It will no longer appear at the top of every page.

Nice looking hoodies, i prefer the gold one^^
But i’m to stupid against all the historical Backers here

Good luck to everyone!
Keep up Warhorse

I needed only four letters then I guessed it lol

It actually was kinda easy lol

Not goint to waste my time for this, sry. And I don’t like the new merchandise generally. Just for a start - why it must be all in black? I dont really enjoy wearing black t-shirts. I don’t wear t-shits at all. I wear no hoodies and caps as well. What about some more fancier stuff?

This is kind of difficult. It is very expensive to have diverse elements, and in the beginning we had white and black t-shirts, but the white shirt did not sell very well. 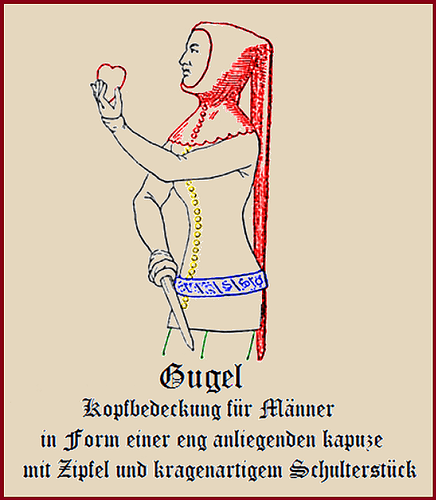 Medieval Gugel BIG v1.png669×767 231 KB
BUT with the same length of zip like in KCD,
available in different colors… 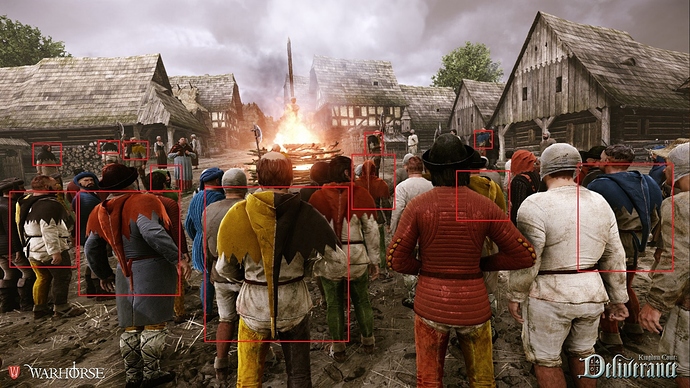 My own purchased Gugel was created in India and the price was 31,70€