Hello there , I am a student from Hong Kong , planning a graduation trip to Czech for 3-4days , but after couple hours of research ,i still pretty much no idea where i should go,so may be asking the Czech people is the best way to know more right?i got couple question in my mind and Please Help :D:D

1.I would like to mainly focus on medieval/historical stuff and food ,especially castles and church/concentration camp ,but i had no idea which region of Czech should i go ?Please Help :D(and is there any food and place recommended?)

2.IS Czech Safe ?:P(no offense but sine so much refugee came to Europe i am a little bit concerned on the safety)

3.Is it easy to travel through different cities by local transportation in Czech?

4.I would like to buy WWII stuff and a Bascinet or may be even a dagger for
myself , is there any shop recommend (many website about this are Czech and i cant read czech :P)

5.Is there any special gesture in Czech ?i really don’t want to offend anyone by accident)thanks

Finally,i know right?Its is a game forum ,i shouldn’t ask here but please forgive me ,i really have no other way to get in touch with the Czech People and at last a really big thanks

trip to Czech for 3-4days

It is called the Czech Republic. Czechia is also possible, but it not much used.

Czech alone can stand for the language or for a person of Czech nationality.

1.I would like to mainly focus on medieval/historical stuff and food ,especially castles and church/concentration camp ,but i had no idea which region of Czech should i go ?Please Help :D(and is there any food and place recommended?)

4 days seem just the right time to visit Prague only (if you don’t plan to see ZOO which alone takes 2 days or any museums or galeries).

So do you want to travel to Prague or do you want to see a bit of the Czech Republic? Do you plan to rent a car or just use public transport? Let me know details and then we can come up with something.

2.IS Czech Safe ?:P(no offense but sine so much refugee came to Europe i am a little bit concerned on the safety)

Some other fuckers - mostly Czech or Russian thieves

But similar issues can be found in most European cities. Apart from your wallet, you don’t need to worry about safety. In case you do, just buy a pepper spray and have it on hand in your pocket - they are perfectly legal. So are knives.

Unlike in most Europe, people in the Czech Republic can carry firearms for protection. While elsewhere places like Jewish quarter are often chosen for attacks by extremists, here it is probably the most armed place in the country. So don’t worry, you don’t need to avoid even Jewish sites. Gun laws in the Czech Republic

3.Is it easy to travel through different cities by local transportation in Czech?

Yes, most have good train connection, or good bus connection.

4.I would like to buy WWII stuff and a Bascinet or may be even a dagger for
myself , is there any shop recommend (many website about this are Czech and i cant read czech :P)

Never bought any of those, here are some results for “army shop WW2”:

5.Is there any special gesture in Czech ?i really don’t want to offend anyone by accident)thanks

When using escalators always STAY on the right side, left is for WALKING/RUNNING only! We are fine with tourist being loud, pissing on churches, vomiting on streets in the early morning, and always asking for direction, but for fuck’s sake never stand in our way on the escalators! 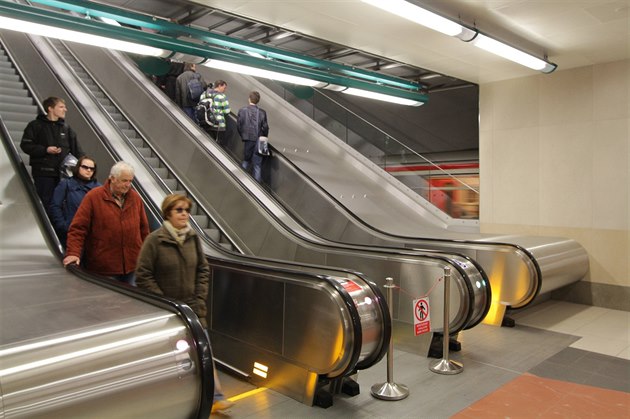 When older person or pregnant woman enters public transport, ALWAYS immediately vacate your seat for them.

Do not try to enter public transport before people get off - in some European cities it is customary for people to start pushing in while others are pushing out. Not so in Prague.

Finally,i know right?Its is a game forum ,i shouldn’t ask here but please forgive me ,i really have no other way to get in touch with the Czech People and at last a really big thanks

Hey just ask away, it’s free after all

I’ll just point out few castles you can see in Prague’s area.
Of course, Pražský hrad (or Prague castle/ Pragerburg).
Very expensive, but it can be very interesting. This is usual place where head or czech politics resides since 1918 (birth of self-governing Czechoslovakia) and even in early midle ages bohemian rulers had their main place there.

Karlštejn (Karlstein)
Very nice castle on the small hill on the belly of steep valley. Typical placement of castles in Bohemia. Jewel of Bohemian/Czech history, certainly must-see! Highly prestige castle found by king Charles IV. (that one who had long and succesful reign

) where he could rest, basically his personal residence.

Křivoklát
Again castle on the hill in steep valley, was very hard to find in past, as Hussite armies were searching for it for long time, and I’m not sure if they finally found it. Older than Karlštejn, but in my opinion more pretty. You will find several stages of renovation and rebuild visible during your visit even when entering the main gate, so keep your eyes open. Of course you can hire your guide speaking in English. Build by Premyslids it is older than Karlstein and as such, it served longer in Bohemian history as vacation place for rulers during medieval times.

Good connection is also to Plzeň (Pilsen) - 1 hour by train from Prague
Map below is set to Katedrála svatého Bartoloměje (cathedral on the main square) but there is a lot of interesting places around, like Pilsener underground, western bohemian museum, the largest synagogue in republic and 2nd largest in Europe (Budapest synagogue is the one largest). Btw really good meal trip can be made into Na Spilce restaurant. Plzeň is home to czech beer, one of the most famous beers in the world. Together with czech food, it is very good experience.
Also center of city is very old, found by king Wenceslaus II. in 1295, however Plzeň itself is much older.

Sorry I had to divide my post, as browser kept crashing due to refreshing preview after letter…
These are only few places in Bohemia you can visit. They are all beautiful and this is only small fraction of what you can visit. However all of these are at least one day trips(in Křivoklát area we have spent a week last year and it was not enough, I live in Plzeň last few years and it still keep astonishing me every day when I walk through center). But Plzeň can have some downsides. For example it is not that “shiny” as Prague, but I can see history all around (not only medieval times, but also new age and modern times) and most history does not yell at you with huge banners “HISTORY HERE!!!”, for example bullet holes on few building that are there since WWII, or little signpost in German and Czech saying “Luftbunker this way” (again, WWII). Also Starý Plzenec is today small town and there are no fancy walls and architecture. You can see history there as it is after 1000 years. No repairs, little to none conservation. Church under Plzenec castle is in use today by normal folk in their every day lives, they go there to prayers and spend their times (rebuild in 1351 A.D. however buildings in Plzenec are commonly much younger).
That means, if you are common history-tourist, you can be (and most like will be) disappointed in Plzenec and in Plzeň itself, as you have to choose what you want to see. However if you love history and can appreciate it in it’s purest form, it might be better visit than walking through Prague for all day.

Make sure to praise Putin, and Russia loudly in public.

Certainly, good idea. Sir Warriant always has only good ideas…
But there are people that like Mr. Putin and Russia (doesnt matter if you mean Russia 50 years ago or current, both are same to me), so maybe he will get into right bunch of guys.

Hey RailBalco, the dude wants to stay 3 days, not 3 months

He’ll spend first day at the Prague Castle, second day drinking in the pub and third being hungover.

You have to come for longer Hong Kong man! Visit a rural village, stay in a quaint inn, go see a pig slaughter, stuff your paunch full of pork, get totally wasted on slivovitz. Rinse and repeat. The only way to experience Bohemia!

your plan is for 3 months as well, I don’t see much difference except your plan can be squeezed into shorter period and flying a plane after that can be somehow problematic for some people

However I’ve never puked in a jet, so maybe lifetime experience… O.o

A BIG THANKS for you all’s efforts and times

It seems like Czech are really cool guys ,really look forward to pay a visit to Prague,Btw may i ask how expensive the stuffs is in Prague?take this as an example In HK ,a McDonald set is like 5 to 7 euros

and how much dose it takes in Prague?Many thanks

Prague is quite cheap. I don´t know what a McDonalds set is, but a Bus/Tram/Subway Ticket for 30 minutes cost around 24 czk, this is less than an euro. The exchange rate is around 1euro to 27czk.
You can get a lunch for around 4 euro in a restaurant. What is more expensive is technical stuff, like computers or a car.

Prague is VERY touristic and the most visited places are quite expensive. But you can always go 100 meters and eat/drink for much cheaper. I’d recommend a good source of info, like Lonely Planet or some such. Saves you a lot of money, worry and time.

hey there ,forgive me ,i Need help again XD i found the traffic extremely inconvenience,i mean i check the bus and train on IDOS.CZ for expample Praha to Terezin ,it tells me i will have to take 4hours and stop every where however when i read some blog online they all claims that it only take an hour ,have i done anything wrong?same situation happens on other place i want to go too…i have no idea whats gone wrong please help Orz and should i buy tickets online or i should buy it when i arrive praha? Thanks

You can also try best app for Android or ios: CG Transit: http://www.circlegate.com/
Or other apps:
http://www.czechtourism.com/useful-apps/

There are many useful tips too:

Let me just tell you. I spent a semestar as a guest lecturer in Charles University last year (End of the year) and I can only say: Czech is the nicest,most beautiful and friendly country in the world !

Dude, you won’t get more beers for free by flattering this country on internetz… But nice try bro…

I never got free beer

heey. When you are visiting CZ, I can highly recommend you to see some nature too, not just the cities. For example we went to some hotel in Krušné Hory and it was soo beautiful + many historical places worth visiting.

You guys are always so helpful lol

This post was flagged by the community and is temporarily hidden.