Traveling to the game area and beyond

I have spent the past weekend (+ Monday, which was a public holiday honoring Jan Hus) visiting the game area and other places in the vicinity. I didn’t do any thorough “research”, I was just enjoying free time and sight seeing. For anyone thinking about visiting the Czech Republic and/or the game area, here are some tips and ideas.

Places like Prague and Český Krumlov get shitload of tourists. One of the things I enjoyed very much was that there was not that many people visiting the sights mentioned below.

MINIMUM COSTS (convert it into your currency yourself).
CZK 1000 daily for car rental (make sure you have at least some damage insurance coverage, the cheapest international renting sites have 100% liability, I personally use http://www.rentplusprague.com/ , GPS costs extra)
CZK 1200 per night for hotel (2 beds)
CZK 2000 per day for food, entrance tickets, etc.
CZK 1500 for fuel (3 days/500kms)

I personally always carry a concealed firearm, but generally this whole area of country is very safe. Just make sure you don’t leave any objects visibly in the car when you park (always put everything into the trunk). Unlike in Prague, you should not need to worry about pick pockets. Sometimes Romanian gypsy gangs are trying to scam/rob drivers (mostly by selling fake jewelery or faking car troubles), but Czech cops are usually quite fast in dealing with them so you would have to be really unlucky to become their victim.

We didn’t go on the tour of interiors of most castles (except courtyards) so I can’t comment on that.

========
DAY 1
From the Prague Airport, it will take you about 1 hour to reach castle Český Šternberk. It is conveniently close to the D1 highway, so reaching the game area is really easy. The local roads are aged and with quite a few potholes, but getting around will not be a problem either. Make sure to ALWAYS observe the speed limit within municipalities (50 kph) and don’t go faster than 30 over limit outside of municipalities (<30 fine | 30< immediate ban on driving in the country for at least 6 months, up to CZK 50.000/€2.000 fine - cops may withhold anything you have on you in case you refuse to pay).

We were trying to plan the trip so that it would take 15-30 minutes between places maximum, spend as much time as we liked at the sites, and then just continue as we liked. 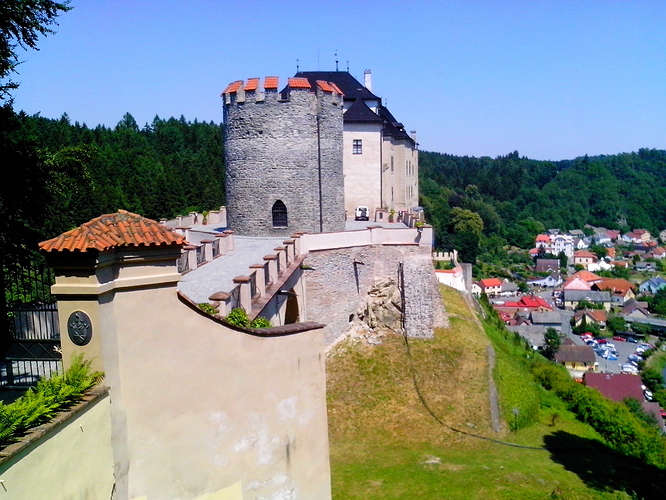 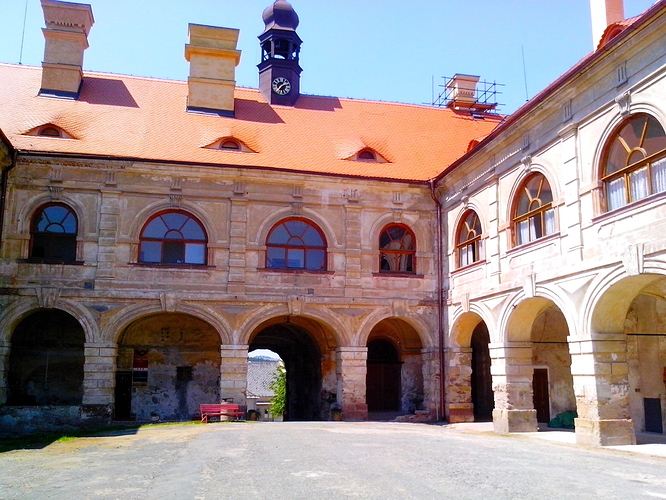 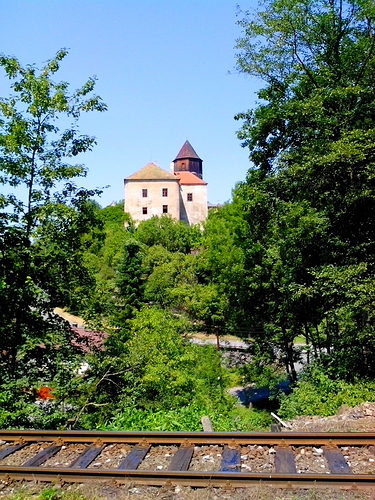 Rataje has a very nice pond in the town (as many municipalities in the area do). It may be of interest to sit on its banks for someone who sees the ponds within the villages in the game and has never seen it in the real life. 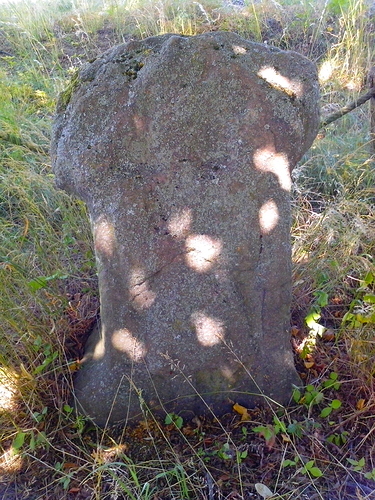 IMG_20150704_143205.jpg1920×2560 1.18 MB
A village of no interest beside the one a KCD fans might have in it. The stone that is in the game really is there even today. The engraving in the ancient stone is not very much visible but it reminds me personally on some of old Slavic pagan jewelry figures (pic below): 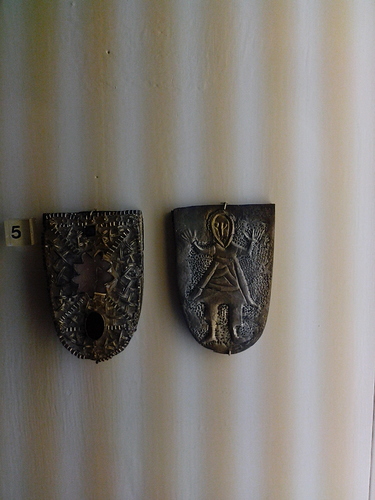 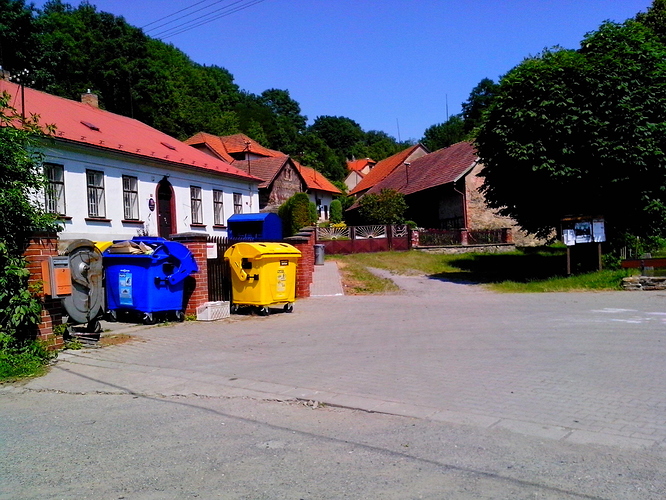 Village of no interest beside the one a KCD fans might have in it.

Talmberk
Really fucking weak. The ruin is on top of a small hill in the village with houses and gardens covering the sides leading to it. There is one access road leading to the ruin of the castle’s tower, and there are plenty of signs “Private property - do not trespass”, so basically you can only walk straight on the path and can’t really step outside it or go throughout the whole ruin (also private property apparently). 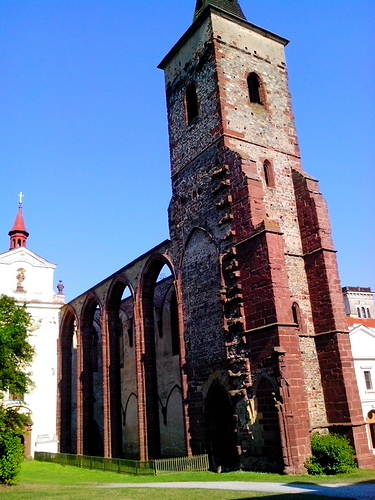 Nice place to see. The tour guide was some catholic fanatic I recommend avoiding, I suppose that English speaking tourists would get some written paper instead and should be grateful for it (my GF on the other hand enjoyed her “fairy tale”/catholic fanaticism talk about the monastery).

Compare it to the game:

The rough stones on the edge are not there because something would fall off, but intentionally so that the works can continue on the other side. As you can see, they did not continue in 1406 nor ever later. 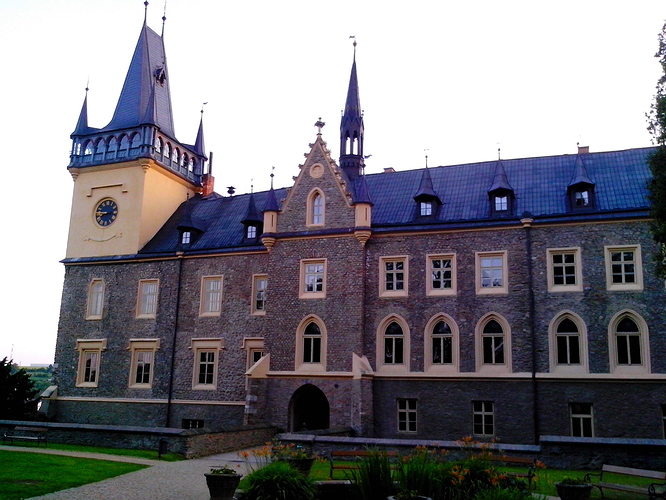 This was quite a surprise. Nicely restored castle, beautiful gardens. I highly recommend visiting for a romantic evening. 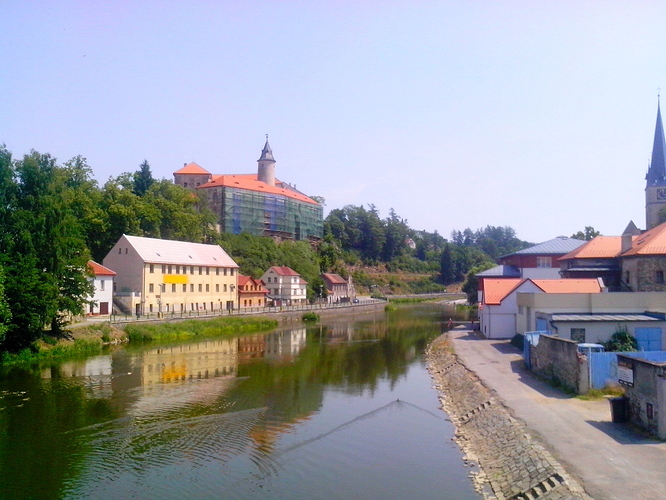 Nice little town overlooked by a nice castle, that is currently undergoing restoration. The church and synagogue in the town were closed, it seemed that there is not much else to do other than visiting the castle itself. 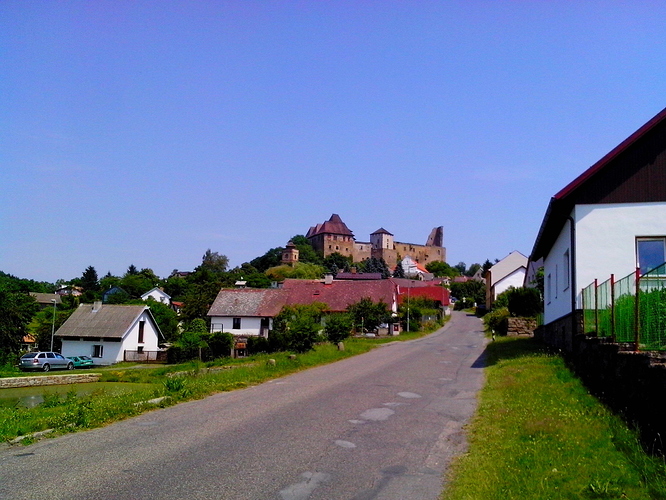 IMG_20150705_140445.jpg2560×1920 742 KB
Extremely nice castle on a hilltop surrounded by a nice little village. This time, we also toured the castle. It doesn’t have much in the interiors, but quite a lot of information boards, which which were most interesting to read. 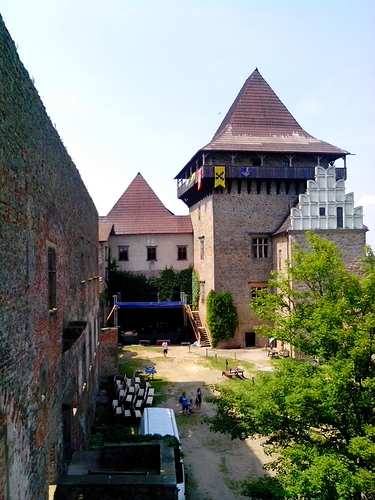 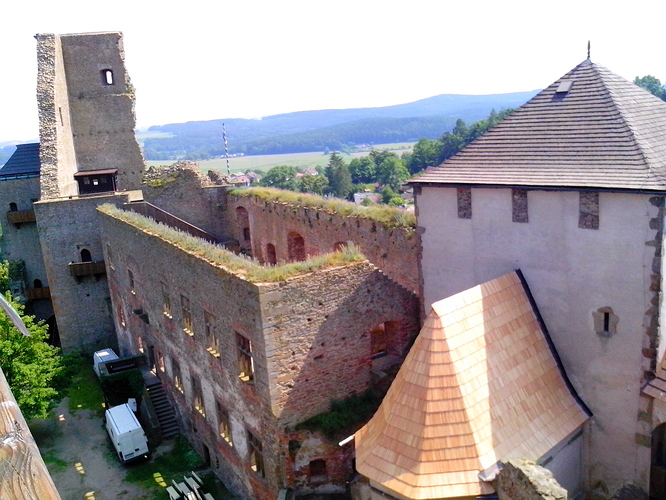 The castle burned down in 1869, part of it has been rebuilt, part remains as a ruin. 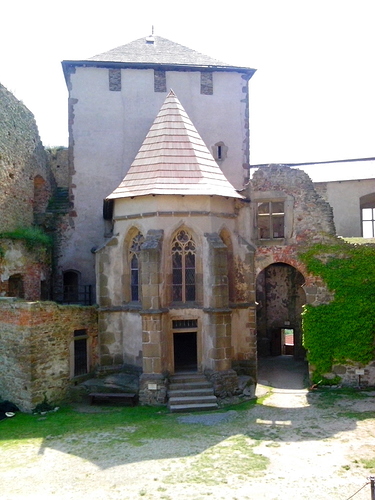 The castle chapel was actually the first place where reformed (hussite) priests were ordained. First ordinations took place on 6 March 1417.

The chapel is a must see place for any practicing reformed christian. 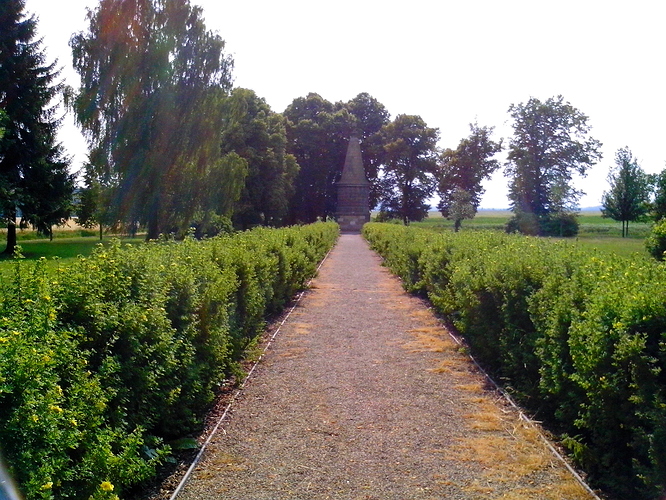 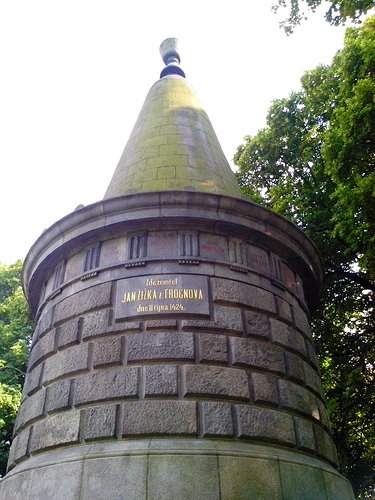 Place where Jan Žižka, the legendary Hussite leader died on 11 October 1424. It is in the middle of fields, not much to see around. If you don’t know anything else, then you should be aware that Jan Žižka is the dude in front of whose statue WH always takes pics of the whole team.

Here is some more info: http://www.badassoftheweek.com/zizka.html

Zelená Hora
There is a UNESCO listed church on top of the mountain in Zelená Hora. 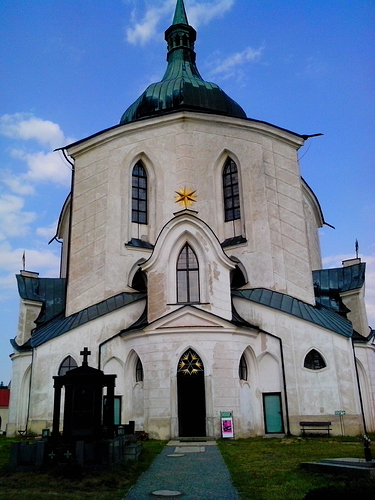 Pernštejn Castle
This castle kicks some fucking ass. It is like a set from a fucking fantasy movie. 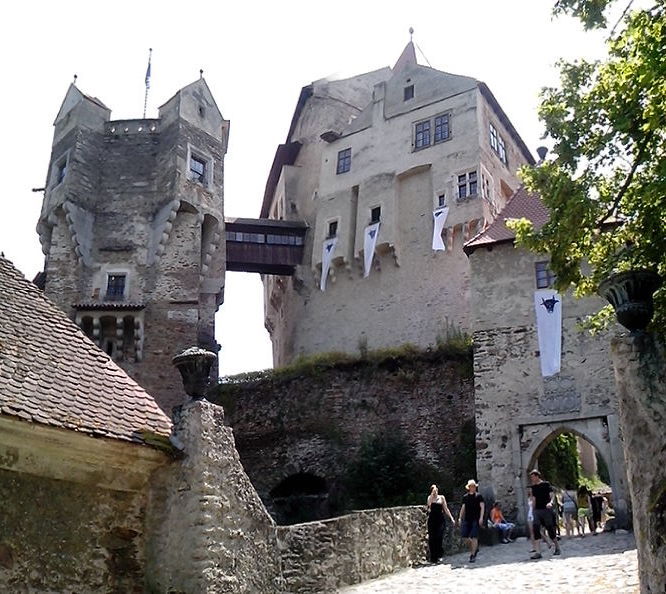 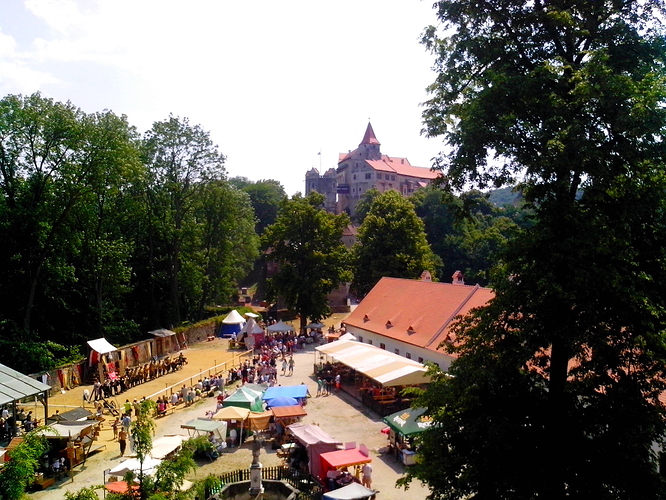 Veselý kopec open air museum
Veselý kopec museum has old wooden houses (mills, etc.) from ca. 16th to 19th century. It is by far not as large as Wallachian Open Air museum which takes whole day to see, but that suited our road trip. Not from the game era but still gives some insight into how people lived a couple of hundred years ago. 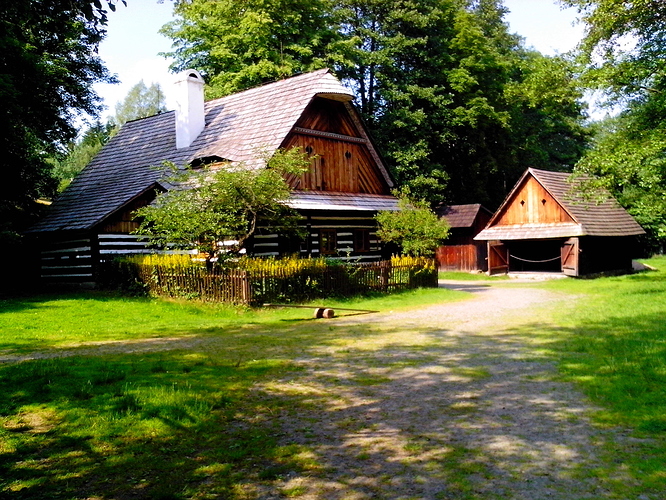 Ležáky
Ležáky is a municipality that was raised to the ground by the Germans after Operation Anthropoid. Germans killed all adult inhabitants and took most children away and gassed them in a concentration camp. The municipality was never rebuilt and is only a memorial with “house graves” on the places of the houses torn down by the Germans. 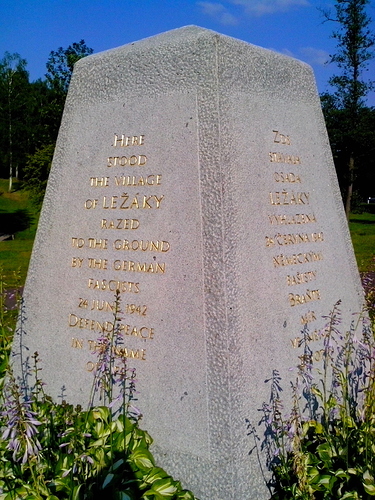 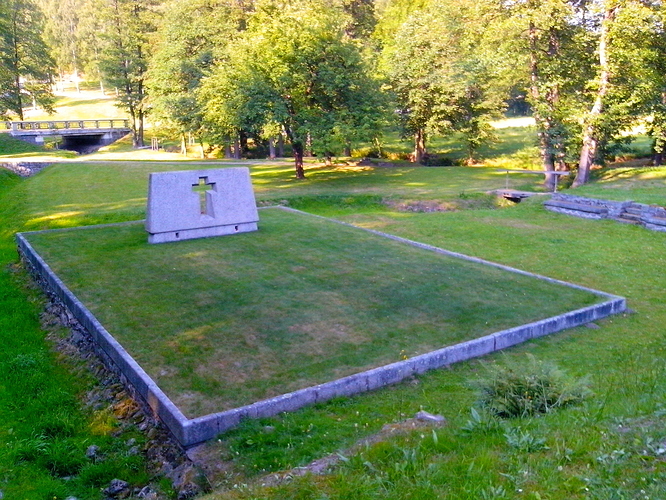 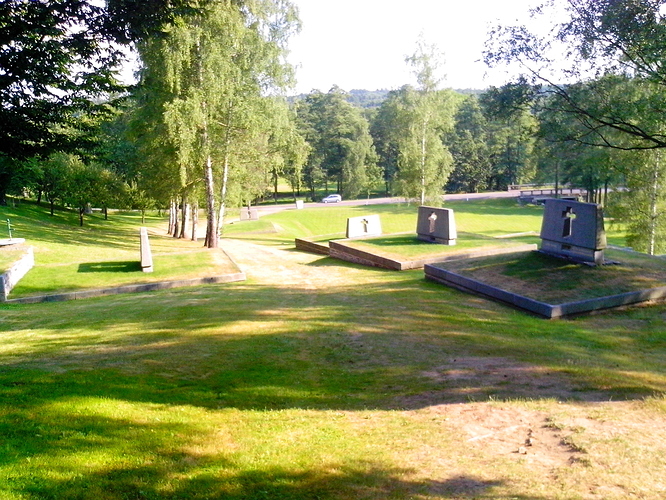 Road from Ležáky to Prague takes about 2 hours.

Wow thanks for this post, Czech Republic looks very beautiful. I’m not too familiar with outside Prague but I’ve seen many pictures and videos of travelers to the main city. It is my dream one day to visit especially as the game has renewed my interest in Central Europe in general. Interesting you mention conceal carry, I have a Czech firearm, a d technik vz58, very high quality firearms.

have a Czech firearm, a d technik vz58

Are you from US or Canada?

My pocket carry is actually US made Kahr CM9. I like it very much, even though my primary CC gun is CZ 75 Compact D. I don’t have a rifle yet, I plan to buy one in a year. Still not sure if it will be vz.58 or AR 15.

Thank you, very interesting to see that pictures and impressions. I also want to visit the area next year at the community meeting. And you are right, game area nowadays don´t have interesting stuff, but this area does have a substantial history. If you look closely you can see warhorse does have made a very good job in choosing the area to their game.
Sazava monastry was one of the most famous monastries in bohemia during this time, Stříbrná Skalice was very imortant (did you visit it also? Sadly the castle was destroyd and the rocks recycled into their church). Rataje also was important in the story, because knight of Stříbrná Skalice fled to there and there is a connection between Skalice and Jan Hus.
But nowadays…
not a tourist trap, only interesting for KC:D fans… visiting

So, do you have something about Skalice or Užice?

It was from the U.S., had a Czech Republic receiver, one of my favorite rifles. Ohio rapid fire made a clone but was not good compared to original Czech. Lots of beautiful customization as well.

If you look closely you can see warhorse does have made a very good job in choosing the area to their game.

I am aware of the historical significance, however I wanted to make sure that anyone who decides to fly all the way to the Czech Republic and takes the tour doesn’t have their hopes high as regards what they may see.

So, do you have something about Skalice or Užice?

No, we continued South-East from Zruč.

nice. i recognized that stone first glance that’s some awesome accuracy and level of detail.

I’ve added highlights of the other days.

I traveled to the area this Sunday. Created a Foursquare list including photos comparing the game and reality:
https://foursquare.com/destil/list/kingdom-come-deliverance--tourist-guide

I will be attending a wedding nearby on weekend. Is there anything particular to see in Stříbrná Skalice and Úžice? Something worth not to miss?

Last time I asked in a close village I heard that some cumans were nearby… rading.

Some more tips for anyone planning to travel to the Czech Republic.

Top 130 Châteaux and Castles in the Czech Republic

I think this is more like a manor house or a mansion, can’t see it withstanding any kind of siege to be honest.

I think this is more like a manor house or a mansion, can’t see it withstanding any kind of siege to be honest.

This used to be a medieval castle, which was rebuilt in 16th century into a chateau. Large parts of the original walls still stand in the nearby park, while south part is entirely standing above valley. 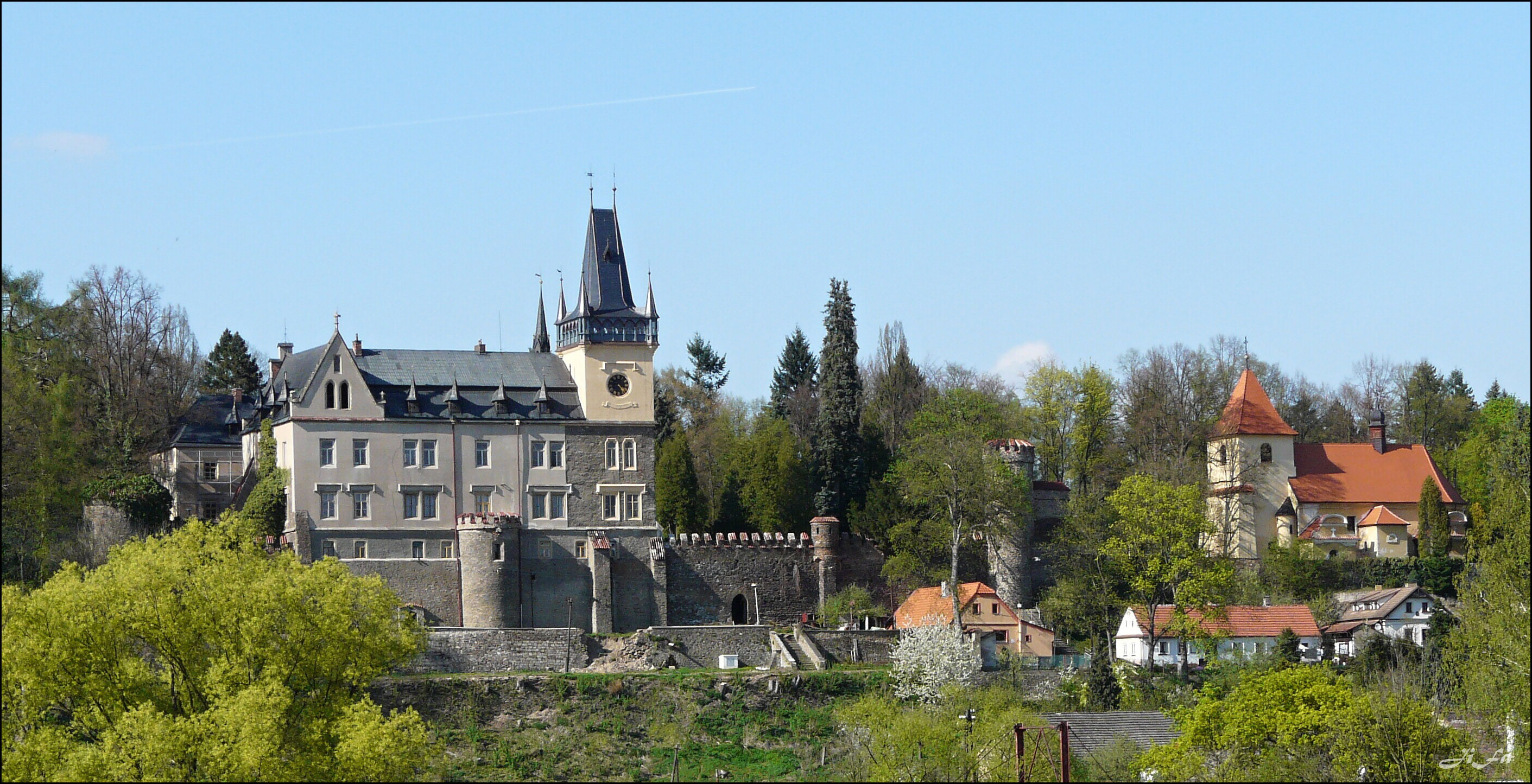 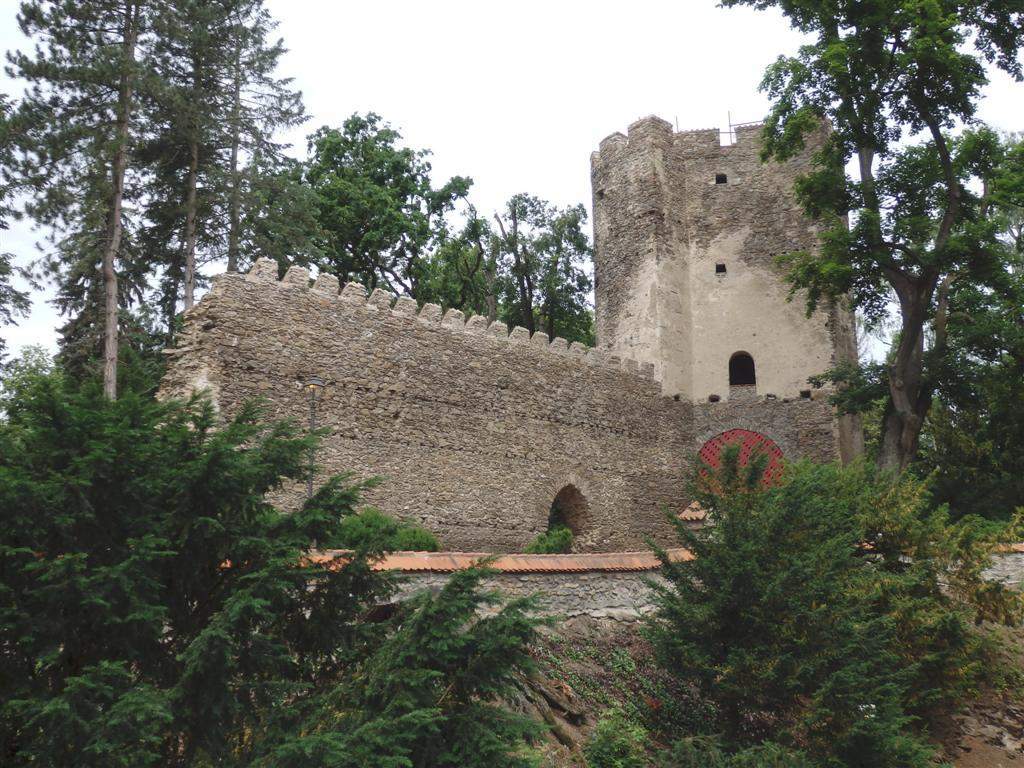