Warhorse Studios Makes A New Game: What would you want it to be?

To be really clear, I do mean a completely new game, not dlc or a part 2 or something similar. So if Warhorse Studios does make a new game, what is your ideal choice?

Personally since I want something new, something you don’t see every year and knowing they are very good in making games in an older setting (in KCD’s case Bohemia) with all the right details for people from that time, daily life, weapons, jobs and so on, I would very much like to see a game set in Feudal Japan, even more specific in the Edo Period (1603 - 1867).

In those years Samurai or “Bushi” made up the ruling military class that eventually became the highest ranking social caste of that time period. Samurai lived by the way of the warrior or “Bushido”. This means loyalty to your master, self discipline and respectfull behavior towards others.

Weapons ranged from bows, to daggers/swords, spears and even guns. In case Samurai would lose on the battefield and didn’t want to land in the enemies hands, they would use “Seppuku” or “Harakiri”, a ritual suicide by disembowelment. This could also be used as a captical punishment for certain crimes or if they brought shame to themselves.

Now I could tell more, but then we would be here all day. I would love to see a beautifull game featuring “old Japan” so to speak and growing up and becoming one the (last) Samurai and I am sure Warhorse Studios would be perfect for making a game like that. They would need excellent voice actors of course and help on everything surrounding the subject, but that would not be a problem I think.

I would like to see a game set in ancient rome.

After my favorite Medieval setting, would be Pirates second and Far cry/Uncharted/Indiana Jones adventurer third. Every other setting, I can live without. 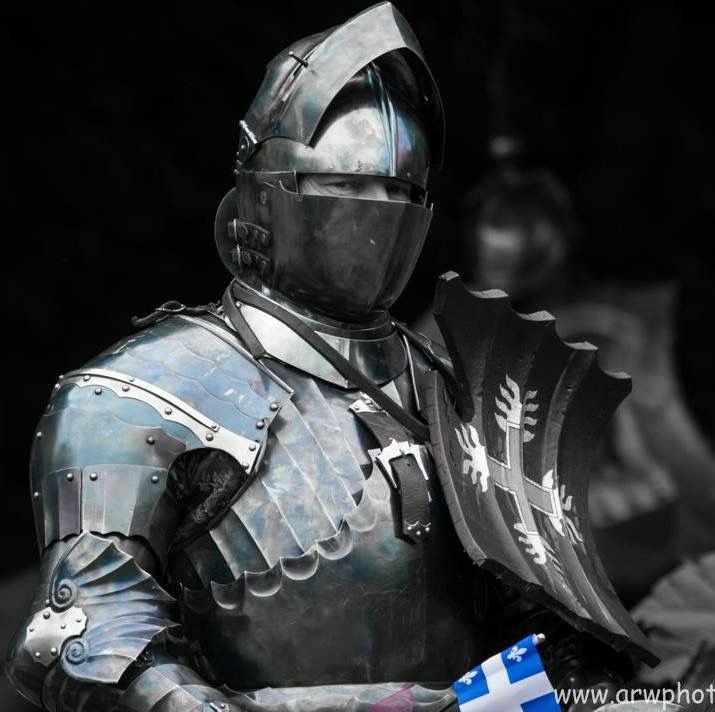 Mafia like game or kingdom come 2 with better animations…

I don’t like those huge maps sandbox rpgs all that much… It usually turns the game the worse way, and it every time loses lot of its personality… Just look how Gothic series panned out since they tried to make big open world instead of semiopen medium sized detailed area… And there can be found much more of such examples

Sorry I had a good laugh about.

To be really clear, I do mean a completely new game, not dlc or a part 2 or something similar.

more than 250 years and the longest peace time in Japan.

All information that I have got from your post is that you like Samurais (less than 10 % of Japans population) espacally from the later era.

I guess you like to play a historic RPG in Japan as a samurai.

I’m in no way familiar with Japans history. So what is so interesting about the Edo Period?
From a quick search I can only spot the only interesting that happend was during the late Edo Period the so called Bakumatsu (from 1853 to 1867) when the Tokugawa shogunate begins to struggle and finally faded away.

I think the italian wars would be a interesting scenario in the time of Cesare Borgia and Niccolo Machiavelli and the Medici family for a other RPG. A lots of conflicts and intrigues and in the citys a player character would have a better chance to rise his social standing.

It might sound a bit cheesy. But I would love for Warhorse to make a proper Viking game.

No horned helmets, no fantasy elements. Realistic and historically grounded viking game. They already have their entire game systems and pipelines set up for a melee game so why not.
They take their lessons learned from KCD1 and 2 improve their systems and go in to the viking world with the same mindset of creating a realistic game, being a nobody at first but you are able to grown your reputation and your character over a story campaign, just like Henry.

I’d like Warhorse to keep to being Medieval. Cover Agincourt, the War of the Roses, the Battle of Hastings, etc. I know it’s typecasting (what all actors fear having done to them. i.e. Clint Eastwood is always a western cowboy/hardass, Will Ferrell is an unfunny screaming retard, etc) but Warhorse is doing what no other game company is doing. If they keep historical medieval, they’ll be covering an entire genre that has been massacred by fantasy.

I would likr a fantasy gangster mix. Like Skyrim + GTA San Andreas, where you can fly dragons in a fantasy themed new york bronx hood and customize and repaint your dragons and turn them into low riders. Customizable dragons would be a cool thing in general and I would like the dragons to be capable of flying into space so we could add a Star Citizen/No Mans Sky Vibe to the whole thing.

I think the transistion from Space/Hood would be awesome you coul conquer whole planets with the crips or bloods and start a space program with them. Maybe Warhorse can take some ideas from me here.

The time is probably finally here that justice could be done to an historically based fencing game. The obvious choice would be the Three Musketeers.

Cheesy by common perception, fans of the book who have seen Richard Lester’s films on the subject know it could be a rich, visually stunning, and quite exciting skill-based RPG setting.

If you have not already, see Lester’s 1973 film The Three Musketeers, and then tell me it could not be a great setting for an historical fantasy RPG.

I would like them to make third person action game with semi-open world in 18th or 19th century taking place somewhere in central Europe. Of course, story driven and realistic with only fictional person being main character. And Czech voice-overs.

I’d like Warhorse to keep to being Medieval. Cover Agincourt, the War of the Roses, the Battle of Hastings, etc

So much potential in English / British history. The War of the Roses would be incredible. But then you’ve got amazing source material in The Hundred Years’ War also, which spanned generations and continents.

You could even go as far back as Anglo-Saxon Britain and the Danish invasions. Endless possibilities for incredible stories.

Vikings all the way!
I would love to be a part of landing attacks, sieges, raiding villages, or maybe just be on the other side fighting vikings! (Actually I would rather be one.)
Features:
unarmed wrestling combat thing they practiced/used
Horned Helmets of course
Very detailed shield combat system
Lots of polearms
Ulfberht sword
Better animations
Ability to island hop/travel by sea to different country by chance (fast travel obviously like uk to france or iceland ect)
Ability to conduct your own raids, but dont turn it in to mount and blade.
Ability to use ballistica, trebuchet, or catterpiller i mean cattapult. If these things were actually used. (Siege weapons)
Swimming and diving
Burn villages! Ability to burn EVERYTHING!
MOST IMPORTANTLY, BLACKSMITHING!!!

I typed this on my phone expect typos

Vikings didn’t really wear horned helmets… this is a popular and fantasized misconception. Nor were they well known for their siege warfare / weapons. (despite the fact that they did manage to attack and sack Paris)

rome at some crisis (third century) or at the height of its power (1st century i believe) or like 50 bc (julius caesar)
however anything related to rome would require too powerful of a computer, and most likely technology beyond that of what we have now (too large of a map and too many people there were upwards of 100 000 combined in some engagements according to some period historians/chroniclers). Unless they made a game about everyday life, or maybe as a (freed?) gladiator or slave. Kind of like a roman age simulator

moving on to the greeks maybe the trojan war, how cool would it be to fight alongside the likes of achilles and odysseus, watch gods come down to smite the poor mortals or conversely become a traitor and fight for troy
other options include the peloponnesian wars, the persian wars and maybe alexanders conquests
these also share the problems that a game based in rome would have

now taking in mind hardware and technology limitations how about a game in the viking age, these would have much smaller battles and engagements (battles would typically have no more than a total of 10 000 men) and there dosent even need to be such a focus on battles because of the availability of raids and the sort. It would be so cool to fight alongside ragnar lodbrook and his like, maybe follow rollo to normandy or join the british kingdoms. Maybe a bit later on and be present at the moment of king canute and the waves

looking even furthur maybe in the renaissance where pike and shot ruled supreme on the battlefield and subterfuge and bribes outside of it.

How about something more modern, like in the world wars, trench warfare certainly isnt my favorite topic however i could certainly see it to be attractive to some

how about china and the three kingdoms or the warring states. Actually china has so much documented history that making a game, at least hte history of it wouldnt be too hard to track down. however china shares many of the same issues as rome and greek based games

or maybe later on in the medieval times, as many have mentioned the wars of the roses or hundred years war

or in the eastern roman empires last days, maybe in the siege of constantinople

siege of malta? This one actually sounds really good

I will get crucified for this, but I’d love a semi realistic RPG from the second world war. Noone has dared to do it properly yet.

Just KCD2, better, bigger. Czechs doing game about vikings… Hmmm, popular topic that is far away from our lands, dont think they would do it “properly”, meaning balance between expactions of masses AND historical nerds.